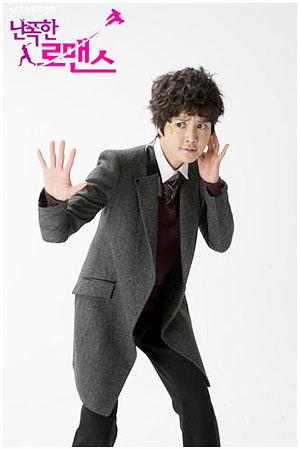 Actress Lee Si-young, who never holds back while acting to present comical scenes in the KBS drama "Wild Romance", looks the most beautiful now compared to her previous dramas. Her natural appearance, such as her frizzy hair right after waking up, untidy makeup, loose clothes, and during hand-to-hand combat with men, looked completely ruined as an actress, but she looks the most beautiful and lovely in those scenes in her current drama. Lee Si-young (30) has been greatly praised for her appearance in "Wild Romance" (written by Park Yeon-seon and directed by Bae Kyeong-soo) by playing Yoo Eun Jae. Lee Si-young said, "Actually I am ready to present more comical acting in the drama, but the director is stopping me and making me control myself as he still regards me as the female protagonist (laugh), but Lee Dong-wook and I are always agonizing over how to produce laughter on the film set among the staff members. When the staff members laugh after looking at our acting, we become energized". 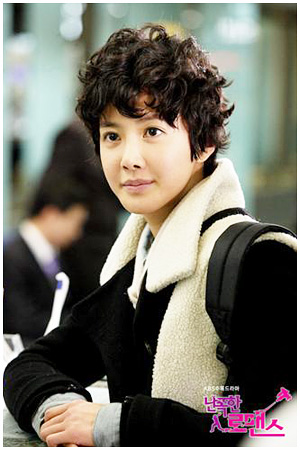 Lee Si-young recently gave a phone interview and said, "I really enjoy filming. It is very fun, and I never felt embarrassed while acting. The character whom I play looks lovely to me, so many people seem to like the character as well". She had short hair for the first time since her debut only to successfully play her role of a female bodyguard in the drama and she presents realistic comic acting by fully utilizing her short hair. Lee said "Actually I had this hairstyle when I was young when I lived in a rural area. The hair seemed to be treated by the character's own grandmother. I had agonized over the hairstyle of the character before I began filming, and the hairstyle that I had in my childhood popped into my head after looking at my picture taken when I was young. Sometimes I look at my photo that I attached to my script (laugh)". Actresses usually put on lipstick even when they film a sleeping scene, but Lee Si-young does not wear any makeup in the drama, and she even washes her face very clean in the drama. In particular, she intentionally had frizzy hair to present a Yoo Eun Hae who had just waken up in the morning. Lee Si-young said, "At first, our director opposed my idea of having completely disheveled hair, but I insisted that I wanted to have that tangled hair in the scene (laugh). I finally came to have the hair that I wanted to present, and my appearance produced a huge laugh. But it seemed to be too much". 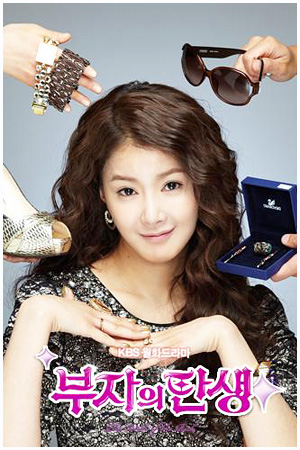 Lee Si-young began to present comic acting since her appearance in the drama "Birth of a Rich Man" in 2010. She was only a rookie actress before she appeared in "Birth of a Rich Man", but she received the spotlight after playing Bu Tae Hee, who is the heir of a conglomerate in the drama. The character was a childish and audacious woman, but she looked attractive enough. Lee Si-young could have become a female character in a typical story of love in a conglomerate, but she presented the character in a completely different way by adding a comical element. After the drama, she appeared in the movie "Dangerous Families" by playing a woman from Busan who speaks the local dialect perfectly and successfully produced huge laughter with her comic acting again. Then she returned to comedy dramas with "Wild Romance". 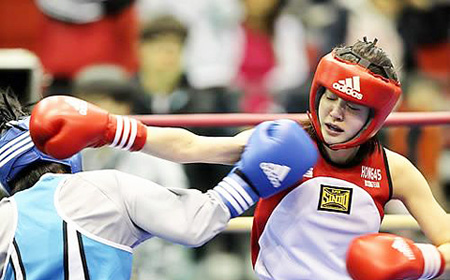 Lee Si-young has been gaining popularity with her appearances in her works, and it is very inspiring thing to her that she has drawn a favorable response from female viewers. Lee said, "I really appreciate this popularity. I have been a huge fan of the writer Park Yeon Sun, and she actually makes my character Yoo Eun Jae lovely and attractive. I am enjoying reading my script and I am having a pleasant time talking with the writer and director very often while filming the drama. In addition, these days, I am writing a journal from Yoo Eun Jae's point of view at the senior actor's suggestion, and it actually helps very much for playing the character. I can be fully immersed in the character as I am writing her emotions in letters".

Lee Si-young could gain more popularity thanks to boxing. A beautiful and slender woman indulged in boxing, she won at the amateur boxing championship in the 48 kilogram weight division, and her story became a topic of conversation. Lee Si-young became a representative healthy and diligent actress by boxing, and her tears that she showed when she won the championship removed the prejudice about any "pretense" on the part of the actress. She said, "There are many beautiful actresses out there, and I thought that I could not compete with them with only my appearance. I came to have an interest in boxing. Boxing is another dream of mine. It is not merely a hobby for me. I could draw more attention from people with my boxing and I could be cast in the works better, but the best thing was that I could have another dream in my life at the age of thirty. Acting has been my only dream and goal, and it could give me frustration and make me discouraged when I cannot present good acting, but now I have another dream and goal and I feel very happy that I can have a new goal in my life. Boxing means something to me. I could think about many things while boxing, and I have changed to a positive person through boxing". She said that she could reach a turning point in her life with boxing. Lee continued, "As I train myself as a boxer, I become more absorbed in boxing. Actually I might have a better punch if I gain more weight, but I am refraining because I am still an actress (laugh)". After she began boxing, she played the role of a maritime police officer in the drama "Poseidon" and now she is playing the role of a bodyguard in "Wild Romance". All male actors agreed that her action acting was the best among actresses. Lee said, "I still have a long way to go whether it comes to boxing or comic acting. I have to learn more. I want to be good at both boxing and acting, and at the same time, I want to appear in a romantic comedy drama while presenting my lovely appearance and giving off my charm as an actress". 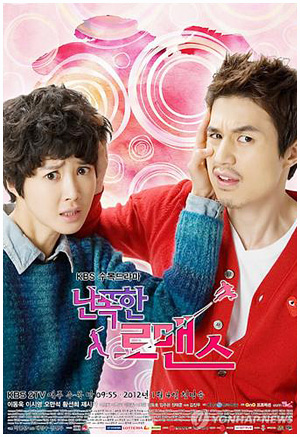 Lee Si-young debuted in 2008 at the age of twenty six, which was relatively older than other actresses. She said, "I first watched TV when I came to Seoul when I was nine years old. Before I moved to Seoul, I had never had a chance to watch TV as there was no TV in the rural area where I used to live, so I was very shocked at first. I came to think that I would like to appear on TV from that moment. But my parents opposed the idea of me being an entertainer. I just entered university as an ordinary student, and I began to participate in acting auditions right after I graduated from university. But I continuously failed at the auditions". She finally debuted by appearing in a cable TV drama at the age of twenty six, and now she seems to be filled with passion and enthusiasm towards acting at this moment. Lee Si-young said, "I feel reluctance to take a rest. I truly think that I have to improve more, so I have to have various experiences, as many as possible, to learn more things through diverse experiences".

"Lee Si-young: 'Director Makes Me Control Myself' "
by HanCinema is licensed under a Creative Commons Attribution-Share Alike 3.0 Unported License.
Based on a work from this source