Lee Si-young in drama again, this time a bodyguard 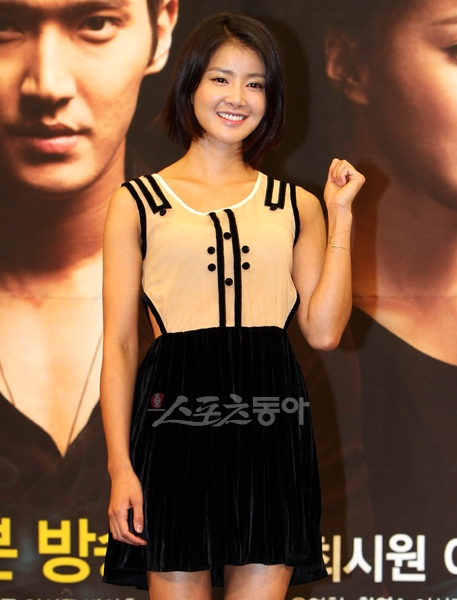 "I am still hungry"

There is no rest for actress Lee Si-young.

Lee Si-young is taking on another lead role in a drama called, "Wild Romance" after KBS 2TV drama "Poseidon". After having shown perfect action skills in "Poseidon" as a coastal guard, she is now playing the role of a bodyguard to show off her boxing skills.

"Wild Romance" is a romantic comedy written by Park Yeon-seon from "Alone in Love" and directed by Bae Kyeong-soo from "Famous Princesses" and "Women in the Sun". It's a love story about a former judo player who bodyguards a baseball player after a series of unfortunate happenings. Lee Si-young is the hot-tempered a tough bodyguard. She leads on a bumpy romance with simple minded and ignorant former professional baseball player Park Moo-yeol. This drama is due to be released in January after "Glory Jane".

"Lee Si-young in drama again, this time a bodyguard"
by HanCinema is licensed under a Creative Commons Attribution-Share Alike 3.0 Unported License.
Based on a work from this source