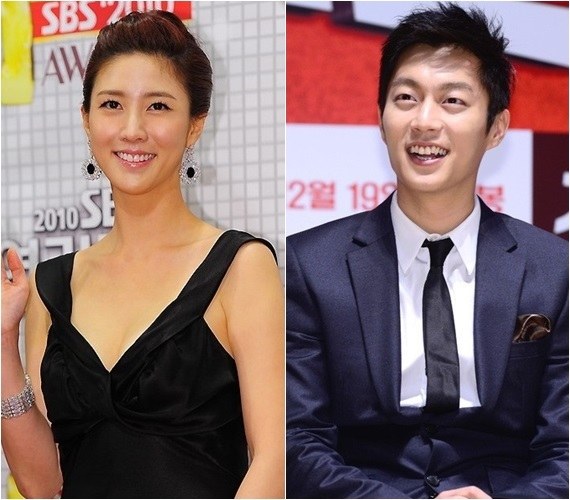 According to several, these two are confirmed to lead the drama "Let's Eat". This drama is a coming up after "Rude Miss Young-Ae Season 12" season 12.

"Let's Eat", the life of a divorced woman, Lee Soo-kyung will analyze the character to be able to show a more realistic one. She's recently been in the MBC drama "Gold, Appear!" as a wealthy family's daughter-in-law.

Yoon Doo-joon is starring in his first lead drama. He's starred in the MBC sitcom "All my Love" and KBS 2TV drama "IRIS" but this is his first in a lead role.

Drama spokespeople say, "The two seem to have found the clothes they fit into finally and are expected to bring about appealing characters".

Meanwhile, "Let's Eat" can be seen every Thursday at 11PM in November.

"Lee Soo-kyung and Yoon Doo-joon to star in "Let's Eat""
by HanCinema is licensed under a Creative Commons Attribution-Share Alike 3.0 Unported License.
Based on a work from this source