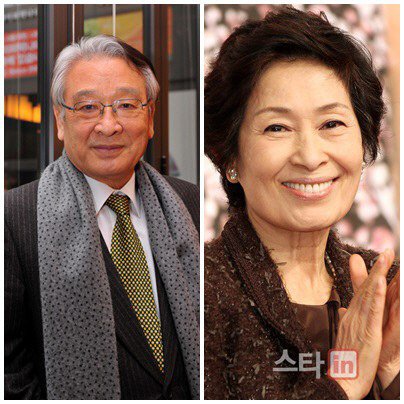 Actor Lee Soon-jae and actress Kim Hye-ja are reuniting as a married couple for the first time in 26 years through the new KBS 2TV drama "Unkind Women". They last met in the 1991 drama "What's Love?"

Lee Soon-jae takes on the role of Kang Soon-ok's (Kim Hye-ja) husband Kim Cheol-hee. He was born the only son to a wealthy family and he is artistic tastes in books and music. Kim Hye-ja is Kang Soon-ok, also known as the cooking teacher. She's elegant looking but talks fiercely and trash talks the daughter-in-law of a wealthy family.

"Unkind Women" is a drama about three generations of women who hate but love each other and find the true meaning of life.

The cast is outstanding as it includes, Jang Mi-hee, Chae Shi-ra, Do Ji-won, Lee Ha-na and more. Jang Mi-hee is Jang Mo-ran, a prestige university graduate with the right amount of shade and coldness. Chae Shi-ra is Kim Hyeon-sook, a competitive character. Do Ji-won is Kim Hyeon-sook's sister and broadcasting anchor Kim Hyeon-jeong. Lee Ha-na is Jeong Ma-ri, a Korean literature professor who is known for the righteous life.

"Unkind Women" is written by Kim In-yeong and will be produced by Yoo Hyeon-gi and will be aired in February after "The King's Face".

"Lee Soon-jae and Kim Hye-ja to reunite after 26 years"
by HanCinema is licensed under a Creative Commons Attribution-Share Alike 3.0 Unported License.
Based on a work from this source