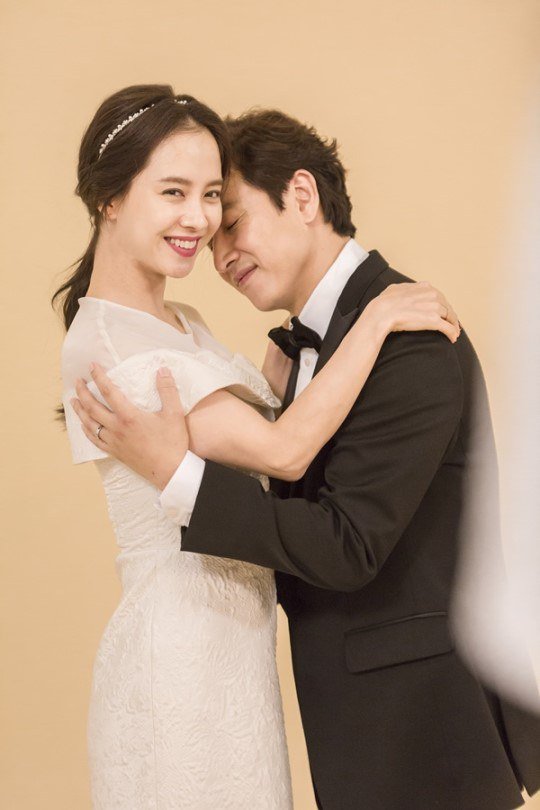 Lee Sun-kyun only had good things to say about Song Ji-hyo.

They are starring in a drama together called "My Wife Is Having an Affair" and they are a great team.

Lee Sun-kyun said, "I think I know what it is about Song Ji-hyo that they love. She's got great personality and she is so pretty when she smiles. We depended a lot on each other and it hurts me to think that we have to be on 'bad terms' in the drama".

Song Ji-hyo said, "Lee Sun-kyun gives me a lot to smile about. He doesn't hesitate to give me advice all the time. There are less scenes with us as a couple so we only meet once or twice a week".

The drama is "My Wife Is Having an Affair" which is about a wife who has an affair and a devoted husband who attempt to save their relationship. The first episode can be seen on the 28th at 10PM.

"Lee Sun-kyun praises Song Ji-hyo, "I know why she's adored""
by HanCinema is licensed under a Creative Commons Attribution-Share Alike 3.0 Unported License.
Based on a work from this source