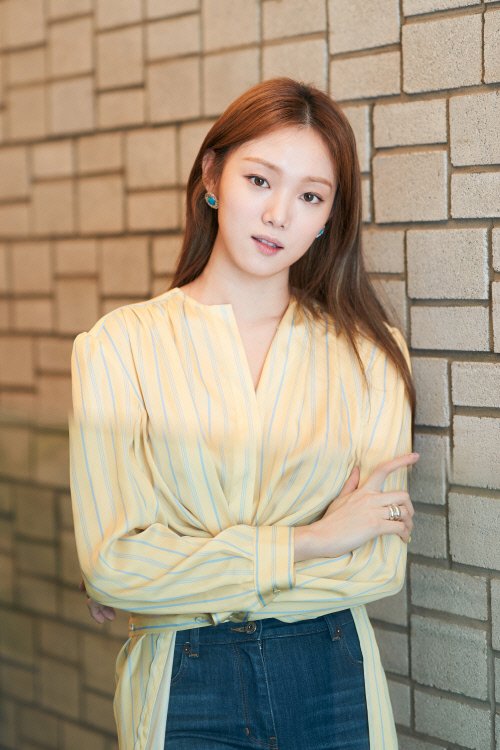 Lee has been prolific in the five years since she turned from modeling to acting. She made her acting debut in 2014 in SBS drama series "It's Okay, That's Love", and proved her versatility in a number of TV series including "Cheese in the Trap", "Doctors", and "Weightlifting Fairy Kim Bok-joo".

But the movie still made her nervous. "I've had trouble sleeping as the release date approached", she said. "I can't understand why the pressure is so great, but I'm so nervous and the movie is all I can think about at the moment. It's my first film, and a real test for my acting career".

Lee said she chose "Miss and Mrs. Cops" because of its wit and humor. "I loved the fun aspect of the script. There are many moments throughout the film that make you laugh, but the film raises awareness of serious social issues in a light-hearted way".

Lee also commented on the recent celebrity sex-crime scandals that have engulfed many male performers including singers Seungri, Jung Joon-young and Choi Jong-hoon.

"The timing of the scandal and the release of our film were a coincidence", she said. "But sex crimes have existed for a long time, and just happened to come to the surface at this moment. I hope it keeps people's interest on the issue, and the film will provide a good opportunity to think about it once again".

"Lee Sung-kyung Makes Big-Screen Debut"
by HanCinema is licensed under a Creative Commons Attribution-Share Alike 3.0 Unported License.
Based on a work from this source