Lee Sung-kyung Talks About Her 1st Leading Role on TV 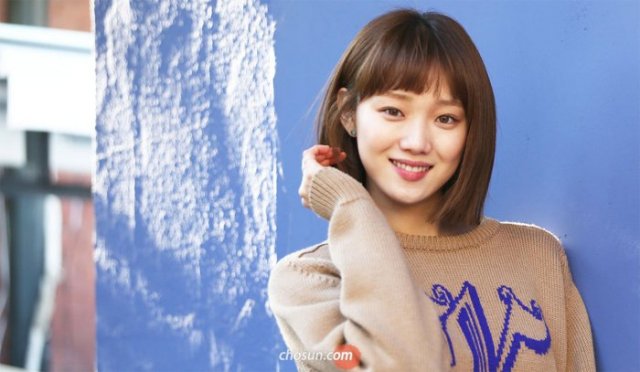 It seems actress Lee Sung-kyung has yet to fully snap out of the character she played in the MBC TV series "Weightlifting Fairy Kim Bok-joo", which wrapped up last week. "My eyes are swollen from crying. I was so sad when it ended", she said.

In the coming-of-age sports drama, Lee played to perfection the part of a boyish female weightlifter who finds her first love.

To get in character, Lee, a former model known for her elegance and slim figure, had her long hair cut and gained 5 kg by eating snacks every night and three pieces of cake every morning, as well as lifting weights.

"I had a hard time at first. It was depressing to gain weight and not fit into my favorite clothes. But I felt better after becoming immersed in the role. It felt like part of my character", she said.

It was the first leading role for Lee, who made her acting debut in the 2014 series "It's Okay, That's Love". While she knew that by accepting the part she was taking on a great responsibility, she also felt she had "nothing to lose".

"I kept telling myself that whenever I felt pressure, I would stick to the script and my character. I just tried to concentrate on each scene, and in time I found myself becoming the character and getting more comfortable", she said.

Lee said she will think of "Weightlifting Fairy Kim Bok-joo" whenever she recalls her youth. "You are free to try anything when you are young", she said. The meaning of youth was summed up memorably in the last line of the drama: "I don't have anything, and I have nothing to lose, so I'm not afraid. That's youth".

"Lee Sung-kyung Talks About Her 1st Leading Role on TV"
by HanCinema is licensed under a Creative Commons Attribution-Share Alike 3.0 Unported License.
Based on a work from this source