Lee Tae-im, "I would like a drink with Kim Yewon" 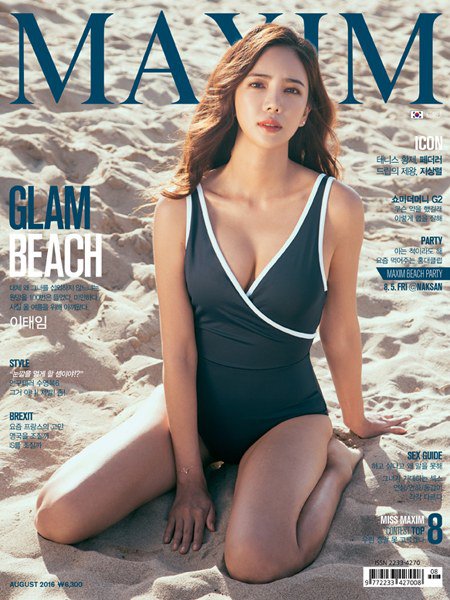 Lee Tae-im had conflict with singer Kim Yewon and took some time alone. She said, "The world was cold to me. It was agonizing not being able to act. I felt responsibility as an actress and when the time is right, I would like a drink with Kim Yewon".

"I am not a tough girl", she said and she danced the 'shashasha' dance by TWiCE.

"I am grateful for being called sexy but I want to be known as an actress more. There are so many people who are better looking than me".

Lee Tae-im posed and modeled for the magazine under sweltering heat without a single complaint.

In the August issue of MAXIM, various interviews by Brave Girls, Ji Sang-ryeol, G2 from "Show Me The Money" and others can be seen.

"Lee Tae-im, "I would like a drink with Kim Yewon""
by HanCinema is licensed under a Creative Commons Attribution-Share Alike 3.0 Unported License.
Based on a work from this source