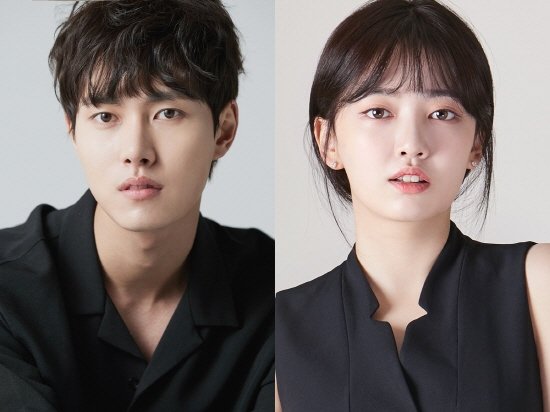 Actors Lee Tae-ri and Kim Ji-in-I are starring in the new MBC drama "Extraordinary You".

Lee Tae-ri appears as a character whose age, nationality, origins and even name are hidden behind a veil. He is also called 'Dried Squid', because he is bound to appear from anywhere when the school food menu includes dried squid.

He is the unofficial No. 4 member of the best looking 'A3's, as he is very good looking. He moves the hearts of most female students.

Kim Ji-in-I plays heiress Sin Sae-mi, the only daughter amongst many sons to the SI Group known for its chain of department stores. She's been friends with Eun Dan-oh (Kim Hye-yoon) since they were in kindergarten and unlike her sophisticated looks, she's a very nosy person who knows everything that goes on in the school. She overflows with self-esteem, but is very innocent when it comes to men.

"Extraordinary You" is a romantic drama about a high school student named Dan-oh who crosses fate and makes love come true. It is helmed by PD Kim Sang-hyeob from "The King Loves", "Glamorous Temptation", "Mama" and "7th Grade Civil Servant", and stars by Kim Hye-yoon, Rowoon, Lee Jae-wook, Lee Naeun, Jung Gun-joo and Kim Young-dae. The drama begins in September.