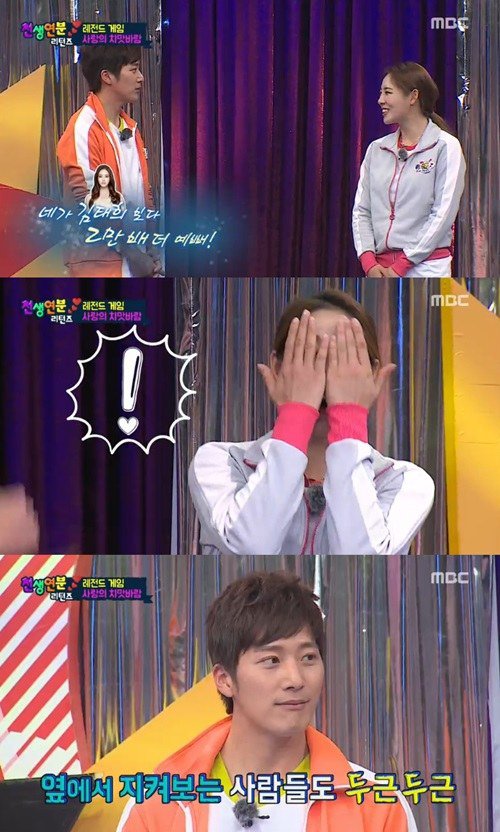 Lee Wan mentioned about his actress sister Kim Tae-hee while he was trying to cheer for Shin Soo-ji.

On the April 23rd episode of MBC's entertainment show, 'Matches made in Heaven Returns', Lee Wan coupled up with Shin Soo-ji for the first round.

Lee Wan and Shin Soo-ji played the love skirt game and he cheered for her before the game started. Lee Wan said in his efforts trying to cheer her up, "Soo-ji, you're 2 million times prettier than Kim Tae-hee", which surprised everybody on the set.

Shin Soo-ji feeling shy said, "I think I have to leave Korea" jokingly.

MC Leeteuk said, "The is the comment only Lee Wan can make in the entire Korea. Because Kim Tae-hee is his older sister".