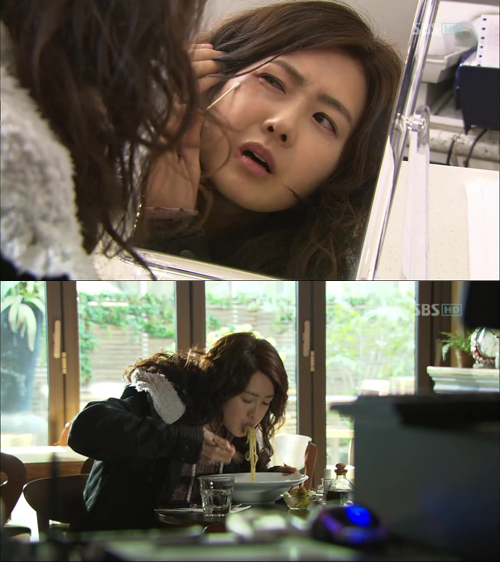 Actress Lee Yo-won managed to take of the stern image of "Queen Seon-deok" and transformed into a silly character.

In the first episode of SBS drama "49 Days" Lee Yo-won played a dark character but in the second episode, after the soul of Sin Ji-hyeon (Nam Gyu-ri) went into her she plays a more lively and positive character.

Especially in the scenes where she re-received her mission to come alive again by 'scheduler' Jung Il-woo and in the restaurant, she completely threw off the image of "Queen Seon-deok" and became more tough and appetizing.

Meanwhile SBS drama "49 Days" is about a woman in a coma state that has 49 Days to live.

"Lee Yo-won succeeds in taking off Queen Seon-deok image and transforms"
by HanCinema is licensed under a Creative Commons Attribution-Share Alike 3.0 Unported License.
Based on a work from this source