Lee Yoo-jin will has a wedding with ice hockey coach, who is one year younger than her, on 14th. 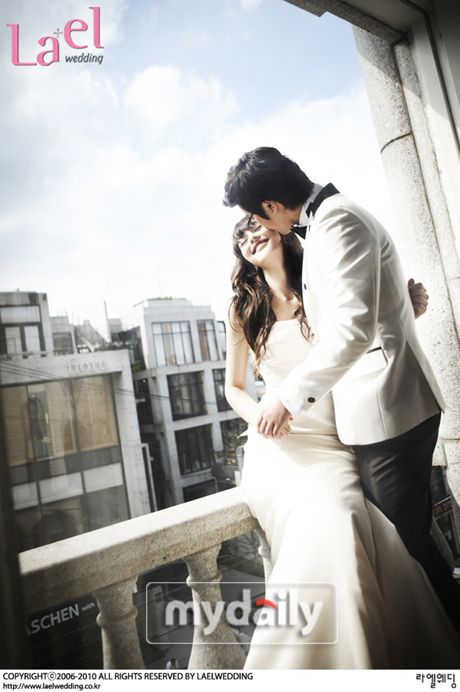 Lee Yoo-jin and an Ice hockey coach Kim Wan-joo will get married in Seoul Renaissance Hotel at 7 P.M. on October, 14. Future husband Kim Wan-joo is an active ice hockey coach for an amateur team.
They were first introduced by their friend, and then took 3 years to marry. Lee Sang-baek will officiate, Park Soo-hong will preside, and Insooni and KCM will sing for the wedding.

Before the wedding, Lee Yoo-jin showed her love toward her boyfriend via a TV show. In last month's KBS 2TV 'Star Golden Bell', she said, "Many things happened in last 3 years but thank you for loving a woman like me. Will you marry me?"

On the other hand, Lee Yoo-jin started as a super elite model, and worked though both TV and the screen. She appeared in "Into the Sun", 'Phoenix', Two Wives', 'Don't Tell Papa', and 'Mapado 2'.

"Lee Yoo-jin will has a wedding with ice hockey coach, who is one year younger than her, on 14th."
by HanCinema is licensed under a Creative Commons Attribution-Share Alike 3.0 Unported License.
Based on a work from this source