Lee Young-ae and 20 employees? Where did they all go?

Lee Young-ae was the hottest issue of the year 2012. Portal sites over flooded with Lee Young-ae related words. It all started when a TV show broadcasted Lee Young-ae's house. People who lived around her house stated that she lived in a 180 pyeong home with 20 or so employees.

The TV show was filmed from afar, with a massive lens that resembled that of a paparazzi and interviewed those who lived around her neighborhood. Those who saw the TV show were fooled by the broadcast. However, toss a stone into a calm lake and the ripples will shake. Expanded rumors about Lee Young-ae started spreading on the net and her home became a 'palace'. This occurrence is a good example of the harmful consequences that a misreport can cause.

Lee Young-ae was concentrating only on child care at the time. She had become the greatest Hallyu star thanks to the drama "Dae Jang Geum" but she only had thoughts on making her family a happy one after getting married. She wasn't so active in the show biz so her fans were curious what she was up to. This led to exaggerated rumors and criticism spreading all over SNS.

Four years later, she appeared on a Chuseok special TV show with her son and daughter. She revealed all about her life without hesitation. She sang on the show and this was a side of her no one had ever seen. This was her first TV appearance in the 26 years of her acting career and it was hosted by Yoon Jong-shin, Kim Gun-mo, Lee Soo-geun, and Kang Seung-yoon. She sang wonderfully and her children were just as beautiful as their mother.

She appeared innocent and generous. She also stated that her husband liked their children being on TV. She showed a lot of love for her family. 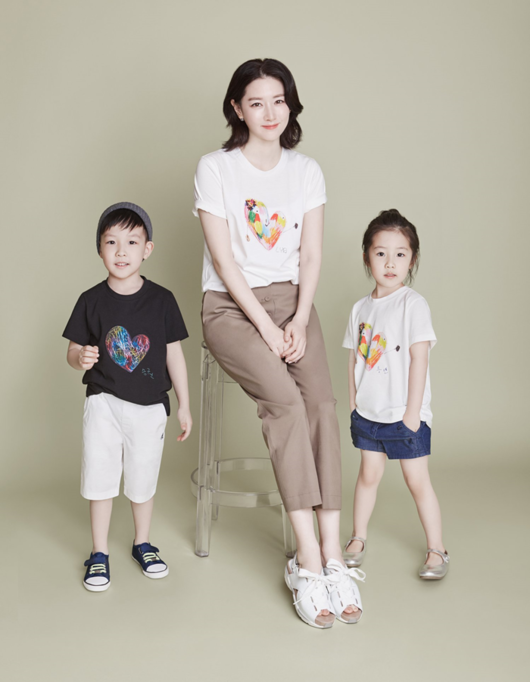 Her house was also on TV. Her house with a garden and wide space was enough to be the envy of anyone, but it wasn't enough for 20 people to be living in it. The couple claimed they decided to settle in the outskirts of Seoul to raise their children in a healthier environment.

Lee Young-ae said, "I wanted to show the public the simple life we have here and not like what they see on TV". As someone who is as timid and introverted as her, exposing her private space was a big step for her.

Lee Young-ae has always been contributive to society. However, she's always been in the middle of ridiculous issues, although she won in the outcome. Still, she gathered up the courage to expose her family and her personal life on public TV and that has made her feel more friendly and close.

"Lee Young-ae and 20 employees? Where did they all go?"
by HanCinema is licensed under a Creative Commons Attribution-Share Alike 3.0 Unported License.
Based on a work from this source