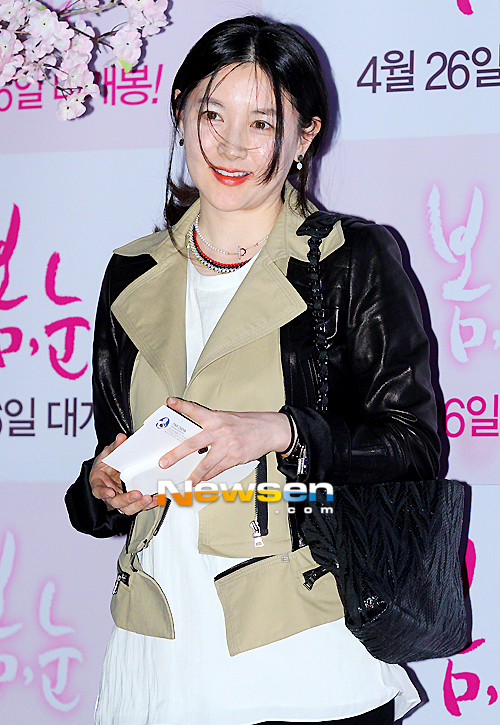 Will Lee Young-ae be coming back with "Dae Jang Geum 2"?

There are rumors going around that actress Lee Young-ae will be coming back with "Dae Jang Geum 2".

Officials of a broadcasting company mentioned that, "Lee Young-ae is likely to come back with "Dae Jang Geum 2" which is being planned out to air this coming September or October. It seems that many things are being done to have Lee Young-ae back on board".

In some parts of the entertainment business, they say, "Lee Young-ae is considering "Dae Jang Geum 2" as her come back project".

Others say that her husband Jeong Ho-yeong is in contact with several entertainment related people as he is known to be in close relationships with many of them. Therefore, speculations of Lee Young-ae's appearance in the drama "Dae Jang Geum 2" is slowly becoming the truth.

However, looking at her pace recently, even if she does star in "Dae Jang Geum 2", it is most likely that she does early next year.

Lee Young-ae has been keeping a low profile these days so it is unlikely she will suddenly decide to star in "Dae Jang Geum 2" and even if she does, it's possible she will do it next year.

On the other hand, a reason why it's likely she will star in "Dae Jang Geum 2" is because of the writer Kim Yeong-hyeon. She still has a valid contract of 50 MBC dramas. Therefore, rumors of "Dae Jang Geum 2" have been continuously going on. However, it is said that Kim Yeong-yeon has been skeptical about writing the script for "Dae Jang Geum 2".

Of course, whenever she feels like it, if she just put his mind to it, she could create the scenario at any time.

Producer Lee Byeong-hoon is currently in the preparation of "Enchanted". Some say that this is his final project. However, if "Dae Jang Geum 2" comes into plan, he will lend a helping hand.

Lee Byeong-hoon has created so many dramas until today and several national dramas like "Heo Jun" and "Dae Jang Geum". Many are curious as to if Lee Young-ae, Kim Yeong-hyeon and Lee Byeong-hoon will come together once again for the first time in 10 years.

"Dae Jang Geum" was broadcasted in Japan, China, Taiwan, and all over Asia, Europe and Africa. It is said that the viewing percentage hit a maximum of 80% in some places. Financial conditions relating to the drama is also said to have reached a trillion won. Sales to the rights of the drama alone made MBC 12 billion won.

According to the Korea Creative Contents Agency, the exporting amount of "Dae Jang Geum" reached 12 billion won (~US$12 million).

Lee Young-ae hasn't been active ever since 2003 drama "Dae Jang Geum" and 2005 movie "Sympathy for Lady Vengeance". Her secret marriage in Hawaii in August, 2009 created a field day when it was revealed.

She is currently focused on taking care of her twins. Her contract with her agency also expired in March. She is currently acting solo. It is also said that her husband will create a one man company for her.

The people around her say, "There have been many rumors about the one-man company. It is unsure when she will come back active again unless she says so".

Lee Young-ae has been appearing in various commercials. Work related to this seems to be done by chairman Lee Joo-yeol whom she has worked with for 12 years.

"Lee Young-ae coming back with "Dae Jang Geum 2"?"
by HanCinema is licensed under a Creative Commons Attribution-Share Alike 3.0 Unported License.
Based on a work from this source