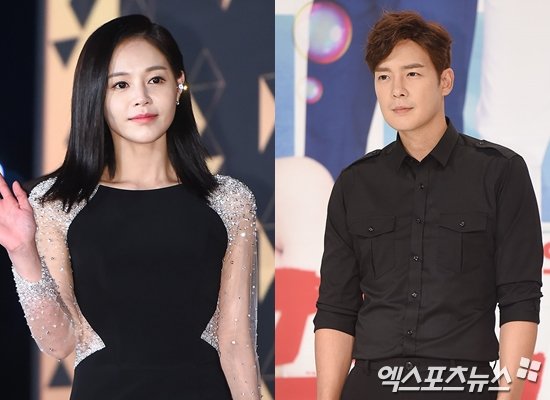 Both their managements have confirmed that it's true.

The couple admitted to scandals in November last year.

They met in the KBS 2TV daily drama "Love Until the End" and turned into real-life lovers.

Lee Young-ah and Kang Eun-tak were boldly open about their relationship. It was a celebratory matter, because it was Lee Young-ah's first public relationship in her 15 year career.

However, they broke up only 5 months later.

Meanwhile, Lee Young-ah debuted in 2003 through a TV show, and starred in several dramas such as "Bread, Love and Dreams", "Vampire Prosecutor", "Way To Go, Rose", "Love Until the End" and more. Kang Eun-tak debuted in 2001 through the Andre Kim fashion show. He appeared in dramas such as "Jumong", "East of Eden", "Apgujeong Midnight Sun" and more.

"Lee Young-ah and Kang Eun-tak Break up "
by HanCinema is licensed under a Creative Commons Attribution-Share Alike 3.0 Unported License.
Based on a work from this source