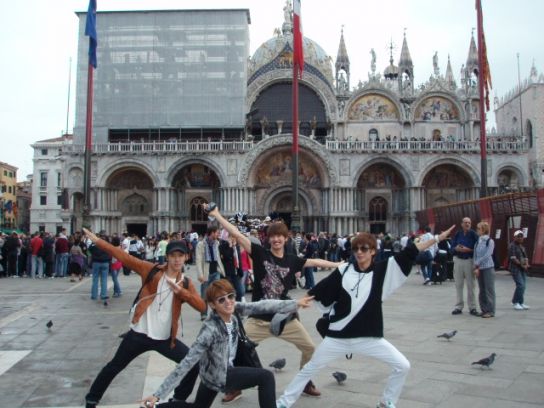 Super Junior member Leeteuk has posted pictures of himself on vacation in Italy on his official Twitter account.

Earlier today, Leeteuk uploaded a photograph of himself and other Super Junior members Eunhyuk, Ryeowook, Kyuhyun and Donghae posing in front of a church in Italy with a comment below saying, "I want to go there!!^^ Going to Venice on the first day~There was certainly a lot of people and many of them recognized us. It is definitely a different feeling from Asia and they make good use of boats"...

Fans who have seen the picture left responses saying, "Oppa! I miss you so much!" and "Happy for you oppa...take care and have fun on your vacation".

He has played several small screens roles as well as hosting variety and radio programs outside his group.