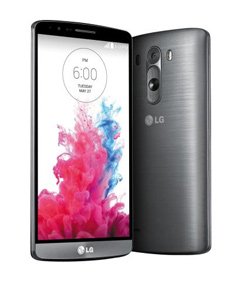 Bumper sales of the new G3 phone signal a renaissance for LG, which found itself eclipsed for many years by slightly hobbling behind the smartphone revolution.

In the mid to late 2000s, LG produced some of the bestselling mobile phones in the world, including the Chocolate and Prada models. But it was slow to react to the smartphone boom and ended up paying a hefty price, in slow sales and even quarterly losses.

However, its latest flagship smartphone, the G3, has bolstered hopes of the company regaining its former glory.

Analysts say that is especially impressive given that the Korean market is almost saturated.

The response from overseas has also been positive. The G3, which will be unveiled abroad at the end of this month, took first place in a consumer preference survey by GSM Arena early this month, overtaking Samsung's Galaxy S5, Sony's Experia Z2 and HTC's One M8 smartphones.

Forbes magazine said LG may be one step ahead of its rivals with the G3's laser auto-focus camera that creates high-quality photos in a zap. Other IT-centered media said the G3 is "worth waiting for".

LG's mobile communication division posted an W8.8 billion loss in the first quarter of this year (US$1=W1,016). But a closer look at the figures reveals many positive factors.

One of them is a rise in the average selling price of LG's smartphones. Market researcher Strategy Analytics said Monday that the prices of Samsung and LG smartphones were the same in the first quarter at $249.

In the second quarter of last year, Samsung's average price was $321 against LG's $214. But LG's price rose when the gadgets gained a reputation for quality and boosted its brand value.

As a result, LG managed to sell 6.5 million of its G2 smartphones worldwide since its release in August 2013.