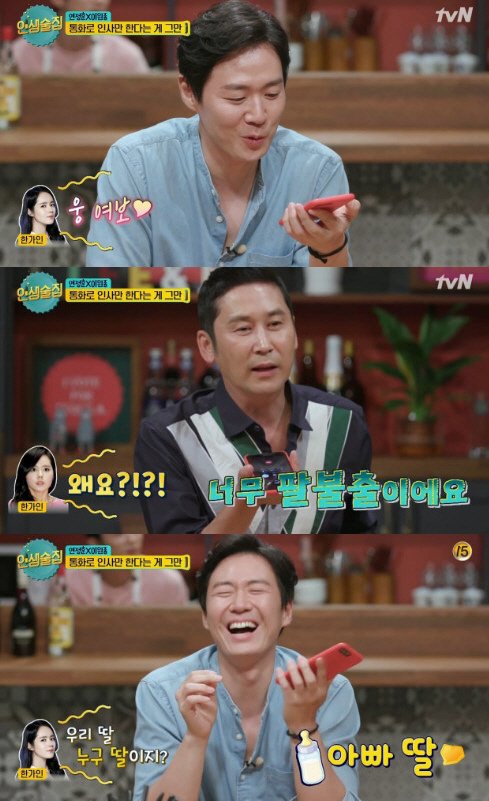 Han Ga-in made a surprise voice appearance on "Life Bar".

Yeon Jung-hoon was a guest on the tvN drama "Life Bar".

Han Ga-in prepared a fruit box for him on this day. Yeon Jung-hoon called his wife and MC Shin Dong-yup told her what a dullard he is about his wife. Han Ga-in said, "I tell him not to do that but he does anyway".

Then the voice of their daughter came on speaker. Han Ga-in asked her, whose daughter she was and she replied, "Daddy's daughter".

""Life Bar" Yeon Jung-hoon and Han Ga-in's daughter's voice "
by HanCinema is licensed under a Creative Commons Attribution-Share Alike 3.0 Unported License.
Based on a work from this source