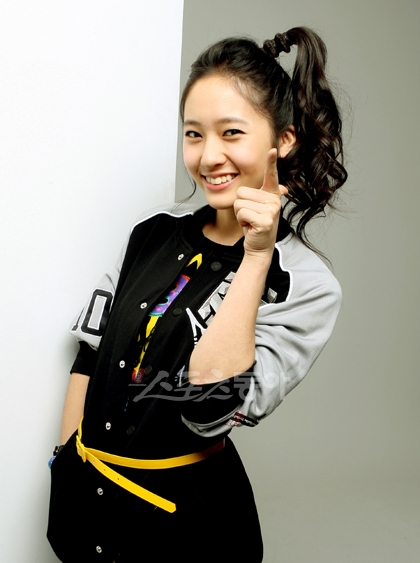 F(x) member Krystal is challenging herself to a leading role in a drama.

Krystal is currently in the progress of confirming her role in the MNet music drama "Monstar".

"Monstar" is another collaboration between director Kim Won-seok and writer Kim Tae-hee-I. Krystal will take on the role of a singer trainee into 7 years, one that is known as a genius since her kindy days. Krystal made her acting debut with MBC sitcom "High Kick 3, The Short Legs Counterattack" as a rough and boyish character.

F(x) members Sulli is currently appearing in the SBS drama "To The Beautiful You" and Victoria has been cast for a Chinese-Taiwanese drama.

Meanwhile MNet has been a popular channel for "Superstar K", "Voice Korea" and other programs. "Monstar" is going to involve all the behind stories in auditions and path to a s tar's success.

"Like Sulli, Krystal to star in a drama"
by HanCinema is licensed under a Creative Commons Attribution-Share Alike 3.0 Unported License.
Based on a work from this source