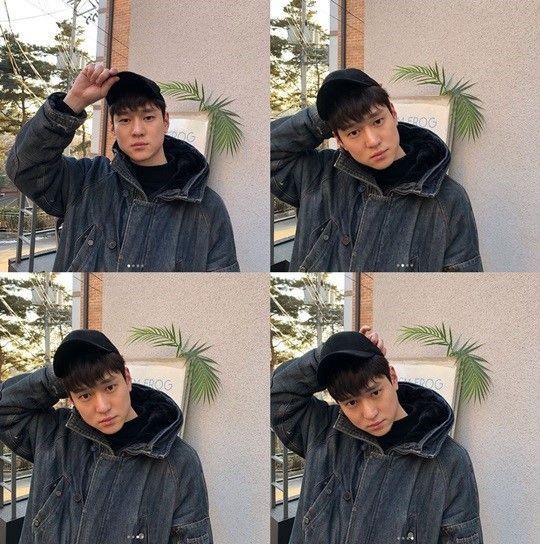 Actor Go Kyung-pyo delighted his fans as he reached out to them with a series of stylish selfies.

On February 7th, Go Kyung-pyo posted a collage of his selfies along with a short caption saying, "Hello…". In the photos, he is wearing dark denim outerwear and a black cap.

The fans are praising his sensible style and handsome features.

Go Kyung-pyo is having another busy, but wonderful, year as he builds his acting career solid. He is currently starring in the drama "Cross" as a vengeful doctor, Kang In-gyoo. He is also showing an unexpected chemistry with actress Jeon So-min, who is another main character of the show.

"[Lily's Take] Go Kyung-pyo's Stylish Selfies"
by HanCinema is licensed under a Creative Commons Attribution-Share Alike 3.0 Unported License.
Based on a work from this source