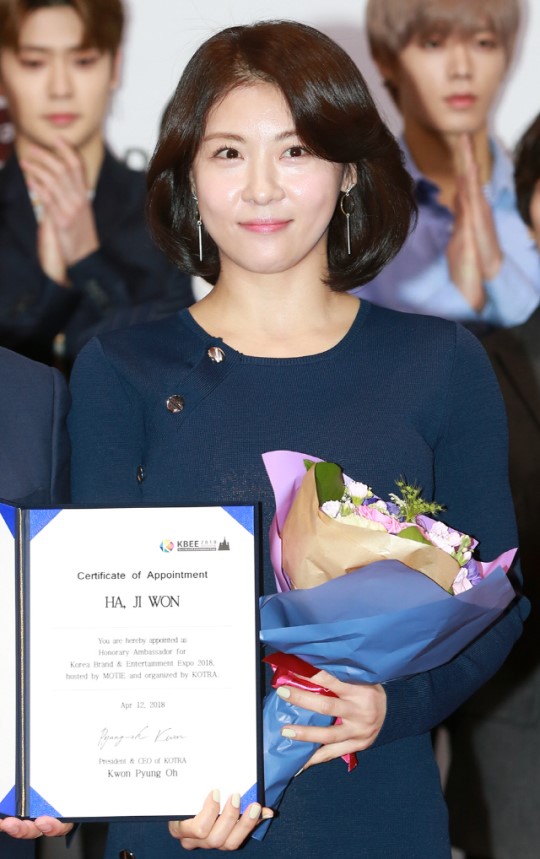 Actress Ha Ji-won was selected as one of the hallyu ambassadors for 2018 KBEE (2018 Korea Brand & Entertainment Expo, Moscow).

Since Ha Ji-won's younger brother and an actor Jeon Tae-soo passed away in January, Ha Ji-won has been mourning for her loss and this is the first appearance she has made in public since the funeral. During the ceremony for 2018 KBEE ambassador greeting, she left a brief remark regarding her newest title, saying, "It is such an honor to be selected as an ambassador. I'll be actively advocating and helping the Korean showbiz to reach Russia".

She also shared about her future plan saying, "I'll be greeting everyone with a good show soon. Please be patient just for a bit more".

"[Lily's Take] Ha Ji-won Becomes Hallyu Ambassador for 2018 KBEE"
by HanCinema is licensed under a Creative Commons Attribution-Share Alike 3.0 Unported License.
Based on a work from this source