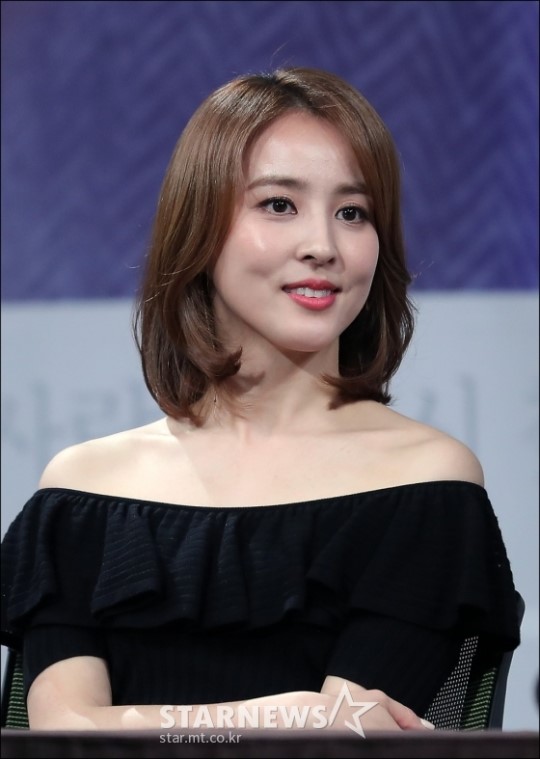 Excluding a couple of special appearances, it's been 4 years since she last worked on a drama. She expressed her nervousness, but with the support of her fans and her sweet husband, she is ready to shine.

On March 20th, a press conference for "Let's Watch the Sunset" was held where the main cast members of the drama and couple staff members including director Jeong Ji-in were present. "Let's Watch the Sunset" is a lovely family drama where a married couple face a life-risking crisis, reflects the values they've forgotten while living their busy daily life. As they reflect on their life together, they remember how precious family is and also the love they have for each other.

At the press conference few clips of the drama were shown and a short interview for each cast members was held. Regarding her long-awaited comeback, Han Hye-jin shared that her husband, professional soccer player Ki Sung-yueng, gave her his support. She said, "Since we've been living in foreign countries [because of Ki Sung-yueng's job] and had a baby, it was a difficult decision to return to acting. However, my husband said that I must do it. He said that I was an actress before I became a mother and a wife. So, I shouldn't feel stagnant, but to go back to being an actress".

"Let's Watch the Sunset" will air its first episode on March 21st.

"[Lily's Take] Han Hye-jin's Husband Supports Her Comeback After 4 Years"
by HanCinema is licensed under a Creative Commons Attribution-Share Alike 3.0 Unported License.
Based on a work from this source