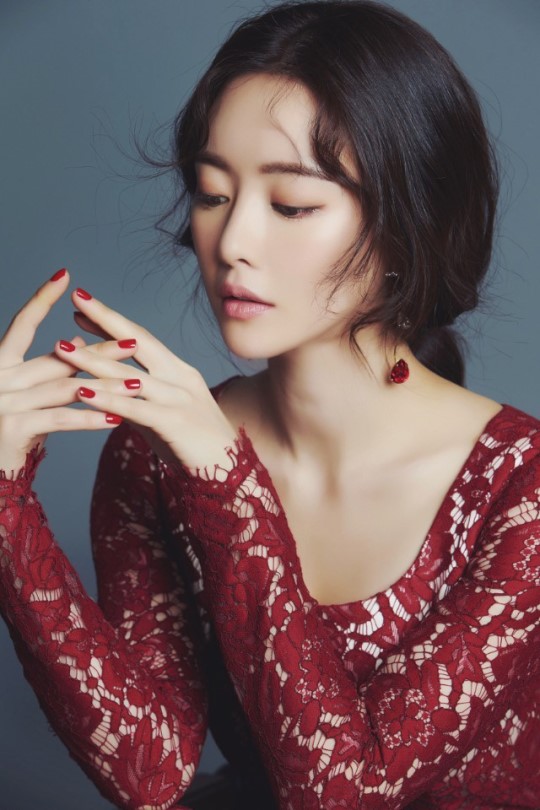 Actress Hong Soo-ah expressed her hope in coming back to the Korean showbiz.

In an interview feature for Woman Chosun magazine Hong Soo-ah commented, "I am hoping to greet the native fans with a Korean show this year". According to her agency Dream Entertainment, Hong Soo-ah is checking into some scripts for an upcoming Korean shows as she just finished up filming a Chinese movie, "Bystander".

This is not the first time she's made a comment about wanting to come back to Korean entertainment. In November 2017, she shared her story in a popular Korean talk show, "Radio Star", regarding her active work in China. She said, "I wanted to work as an actress so badly in Korea, but the opportunity was so limited. While I was searching for an acting job, I had an offer to appear in a Chinese movie. I didn't leave because I wanted to earn money. I just wanted to act".

Actress Hong Soo-ah is known as the "Baseball Goddess" in South Korea because of her first pitch performance in 2005. There were many stars who were invited to throw a first pitch in South Korean baseball games, but none of them have performed as perfectly as Hong Soo-ah did. Because of that, her most famous nickname is "Hong-dro", which originates from a famous baseball player, Pedro Martinez. With a nickname like "Hong-dro", she was commonly known for her appearance in many baseball games and variety shows rather than indramas and movies.

Even though her passion for acting is strong, she is one of the unfortunate cases of someone who did not receive many opportunities to be an actress. We are hoping that this year will be the year she will shine as an actress loved by audiences and doors will open to new opportunities.

"[Lily's Take] Hong Soo-ah Wants to Return to Showbiz"
by HanCinema is licensed under a Creative Commons Attribution-Share Alike 3.0 Unported License.
Based on a work from this source