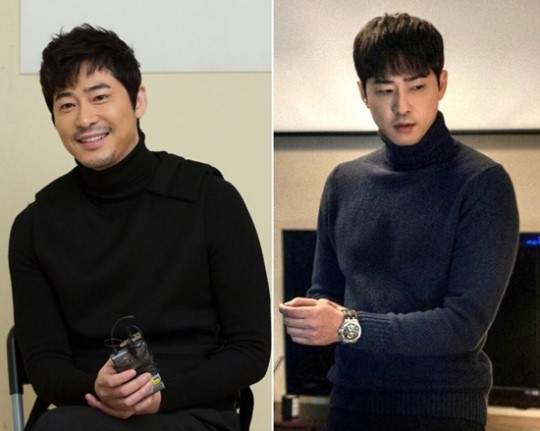 Actor Kang Ji-hwan is taking on a new role of the Korean Sherlock in the upcoming drama "Children of a Lesser God".

In the drama "Children of a Lesser God" starting on February 24th, Kang Ji-hwan will be playing a role of Cheon Jae-in, the elite detective with and IQ of 167 who only believes in facts, logic, and numbers. Kang Ji-hwan changed everything about himself for the character, including the tone of the voice, accent, and appearance. To portray sharp-witted, intuitive detective Cheon Jae-in, actor Kang Ji-hwan lost 7kg (about 15 lb) and gained some muscle.

His new character is nicknamed "The Korean Sherlock". Cheon Jae-in will be working with another detective Kim Dan, played by Kim Ok-vin, to solve mysterious cases involving a secretive crime organization.

"[Lily's Take] Kang Ji-hwan Lost 7kg for His New Character"
by HanCinema is licensed under a Creative Commons Attribution-Share Alike 3.0 Unported License.
Based on a work from this source