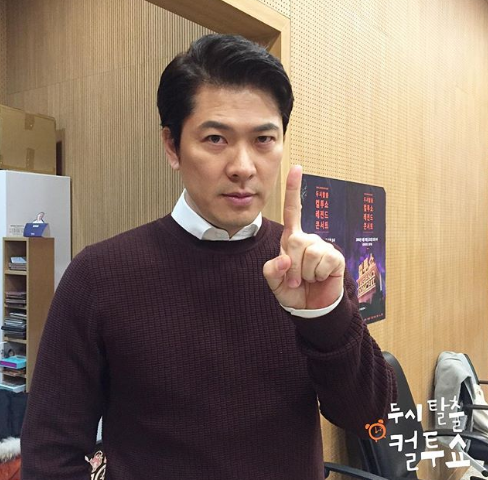 It seems that actor Kim Sang-kyung is a private guy.

On the 22nd, Kim Sang-kyung's agency, Kook Entertainment stated, "Kim Sang-kyung had a son last fall. Since he is not the type to share his private life, he celebrated the birth of his second child quietly with just his family".

Before the statement was released from his agency, Kim Sang-kyung appeared on a popular radio show, "Cultwo Show" to promote his upcoming movie "The Discloser" and confirmed the birth of his child when a fan sent a congratulatory message to the show. Everyone was surprised as they were oblivious about the news and he shyly answered saying, "I may be an actor, but I don't really enjoy talking about my family in public. So, I just stayed quiet about it". Afterward, he expressed his gratitude to the fan and everyone who congratulated him.

Kim Sang-kyung had his firstborn son in 2010, and 7 years later, he welcomed another precious baby boy into his family. Congratulations to Kim Sang-kyung and his beautiful family!

"[Lily's Take] Kim Sang-kyung's Second Child Was Born Last Year"
by HanCinema is licensed under a Creative Commons Attribution-Share Alike 3.0 Unported License.
Based on a work from this source