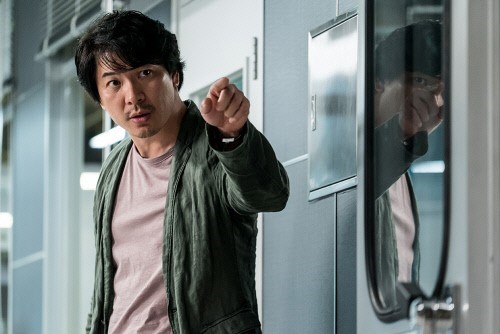 Actor Kim Sang-kyung is taking on the fourth detective character in his career with this year's "The Vanished".

"The Vanished" is a psychological thriller about a husband who killed his wife and the detective who's trying to unearth the truth. The wife's dead body goes missing, which is the film's central conceit.

Kim Sang-kyung has played a detective in "Memories of Murder", "Montage", and "The Deal". "The Vanished" will mark his fourth detective character. About another of his detective roles Kim Sang-kyung said, "What's more important than the role is the character. I've done many detective roles before, but this one is one of a kind. My new character, Woo Joong-sik will lead the movie from the very beginning untill the end. If you focus every one of his action and thought process, the movie will be over very quickly".

Director of "The Vanished", Lee Chang-hee, shared his satisfaction with Kim Sang-kyung, saying, "Actor Kim Sang-kyung is famous for his manly and dependable role, mostly serious characters. However, this time he portrayed such humane character and he looked comfortable in his role like it was his own skin".

"[Lily's Take] Kim Sang-kyung Steps Into 4th Detective Role"
by HanCinema is licensed under a Creative Commons Attribution-Share Alike 3.0 Unported License.
Based on a work from this source