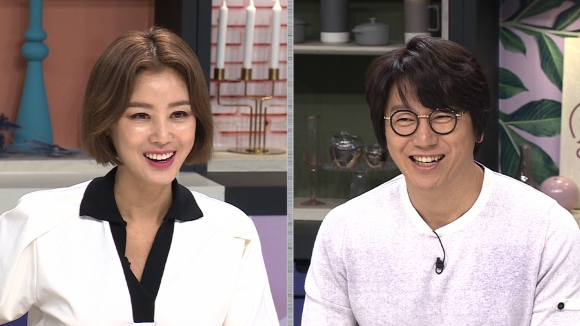 On April 23rd, Kim Soo-ro and Kim Sung-ryung appeared in the cook-off variety show, "Take Good Care of the Fridge" and revealed their personal life stories and their friendship.

During the show, the MC praised the everlasting beauty of Kim Sung-ryung saying, "Kim Sung-ryung keeps on getting younger, your clock seems to run backwards".

In which Kim Soo-ro added, "It's true. I think Kim Sung-ryung is in top 3 beauties of Korea. Other two including Jeong Yun-hui and Son Ye-jin". Along with that comment, Kim Soo-ro playfully said, "I need to follow the trend. Hope this comment will make the main news".

By following the trend, he is referring to naming Son Ye-jin as another one of Korea's top 3 beauties as she is one of the most popular actress, especially with the success of the drama "Pretty Sister Who Buys Me Food" at the moment. At such a mischievous comment, everyone at the scene burst out in laughter.

"[Lily's Take] Kim Soo-ro Picks Kim Sung-ryung as One of Korea's Top 3 Beauties"
by HanCinema is licensed under a Creative Commons Attribution-Share Alike 3.0 Unported License.
Based on a work from this source