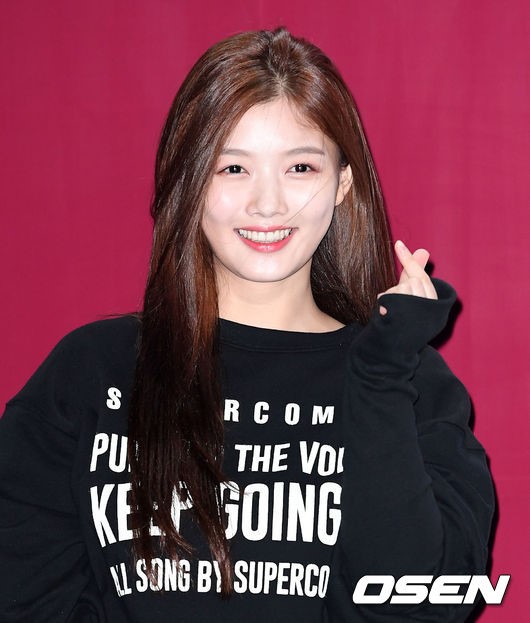 Kim Yoo-jung stopped all activity due to her illness 3 months ago and she recently delivered the latest news and updates on her status for her fans.

On May 21st, actress Kim Yoo-jung posted a message for her fans on her official Instagram account along with a photo of a beautiful flower basket. Her message reads:

"It's been a long time since I last talked to everyone. I've been putting a lot of effort in regaining my strength back. I'm always grateful for those of you who are waiting for me and sending me cheers.

I'm also grateful for the "Clean with Passion for Now " members for waiting for me. I'll be returning with a healthier, better self through "Clean with Passion for Now ". Also, congratulations on everyone who are celebrating Coming-of-Age Day! Thank you for everyone who sent me their congratulation message. I'll be working hard to become a better person! (Thank you Laneige, for sending me these flowers.)" 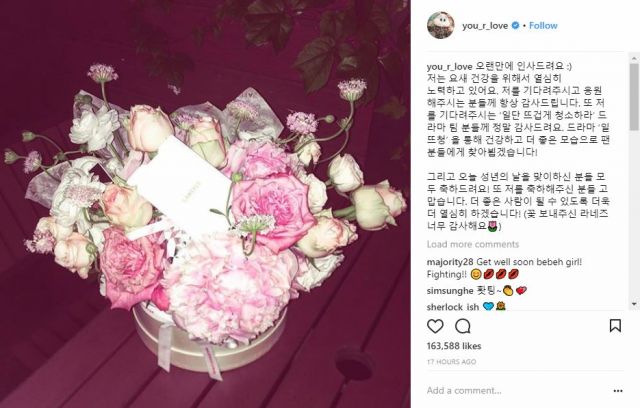 On February 26th, Kim Yoo-jung's agency, Sidus HQ released a statement saying that the actress was diagnosed with hypothyroidism and put a stop to all activity in order to focus on her treatment. The hospital advised that Kim Yoo-jung will need at least 6 months of no activity, and the new drama "Clean with Passion for Now ", which the actress appears as the main character was also put on pause.

Though Kim Yoo-jung's latest post doesn't feature any picture of her and the fans couldn't see how she is, everyone's relieved to hear from her again and sending love and support on her way for speedy recovery.

"[Lily's Take] Kim Yoo-jung Updates Fans on Her Health Status"
by HanCinema is licensed under a Creative Commons Attribution-Share Alike 3.0 Unported License.
Based on a work from this source