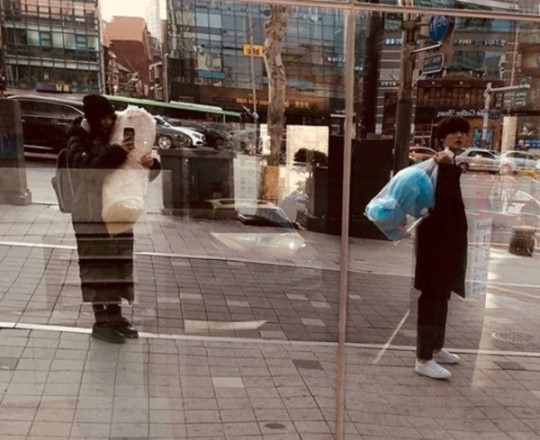 One of the cutest celebrity couples of K-drama world, Ku Hye-sun and Ahn Jae-hyun, updated fans on their daily life.

On March 17th, Ahn Jae-hyun posted a picture on his official Instagram account with a caption saying, "Mom's Birthday". In the picture, Ku Hye-sun snapped a photo of their reflections in a window while both are dressed in a matching black outfits, casually walking around town with huge stuffed animals in their arms.

From the caption, fans assumed that they were on a hunt for his mom's birthday gift though it seems like they got little distracted and treated themselves with cute stuffed animals.

"[Lily's Take] Ku Hye-sun and Ahn Jae-hyun's Daily Life Full of Love"
by HanCinema is licensed under a Creative Commons Attribution-Share Alike 3.0 Unported License.
Based on a work from this source