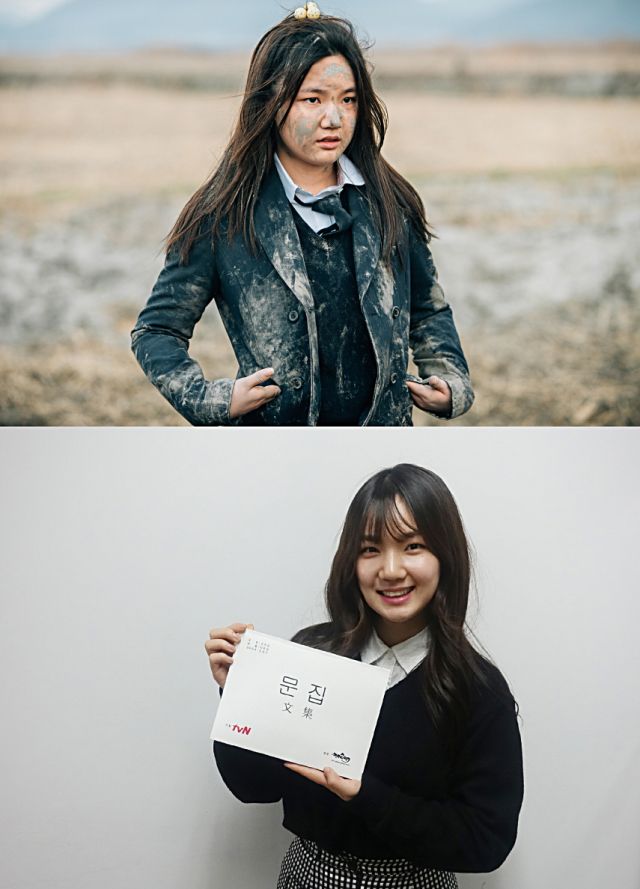 "Drama Stage - Anthology" is a story about a woman who receives an anthology from her teenage years and recalls her younger days. In the drama, Lee Eun-saem appeared as the character "Sung-gi", who is a classmate of the main character, Shin So-i (Played by Shin Eun-soo) and is attracted to Jin Hyeon (Played by One).

Lee Eun-saem performed very well, receiving praise for her brilliant work. Though she is a brand new actress, she captivated the audience from her first appearance in the show. Sung-gi portrayed by Lee Eun-saem is a cute, yet vicious 17-year-old who's mean to Shin So-i, but who is the sweetest, friendliest girl towards her love interest, Jin Hyeon. Her savage fight scene in muddy field with actress Shin Eun-soo and her natural line delivery in Korean dialect was was noticed by viewers.

Actress Lee Eun-saem have just turned twenty-years-old and has begun her acting career with a strong start. She expressed her gratitude towards the people who praised her acting in "Drama Stage - Anthology" and promised to continue her work by challenging herself with many different roles.

"[Lily's Take] Lee Eun-saem Shows Off Her Many Facets in "Drama Stage - Anthology""
by HanCinema is licensed under a Creative Commons Attribution-Share Alike 3.0 Unported License.
Based on a work from this source