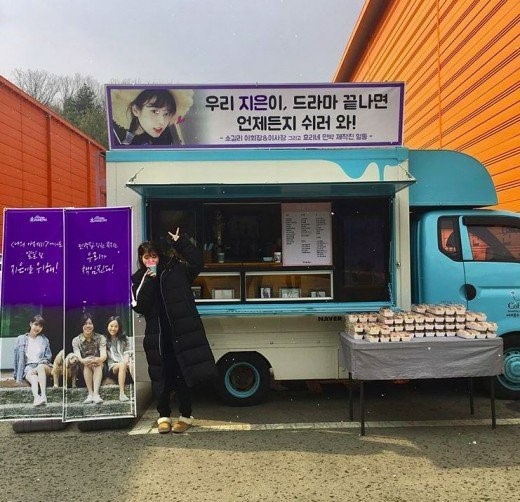 Lee Hyori and Lee Sang-soon couple sent a heartwarming gift of a coffee truck to support IU while she is filming the upcoming drama, "My Mister".

On February 22nd, IU uploaded several pictures on her Instagram account with a caption saying, "Hyori unni, President Sang-soon, and "Hyori's Bed and Breakfast" family, thank you so much for your surprise gift. It made my day". 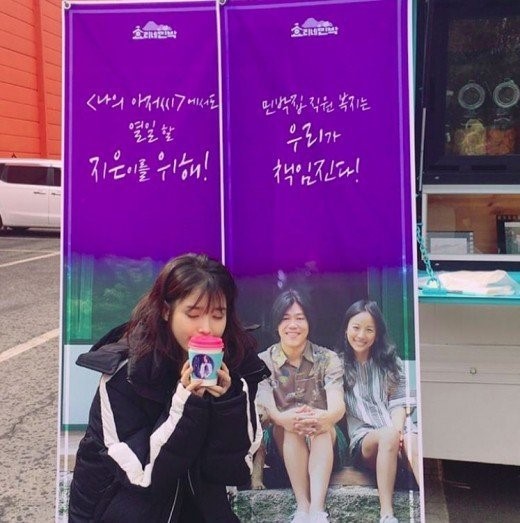 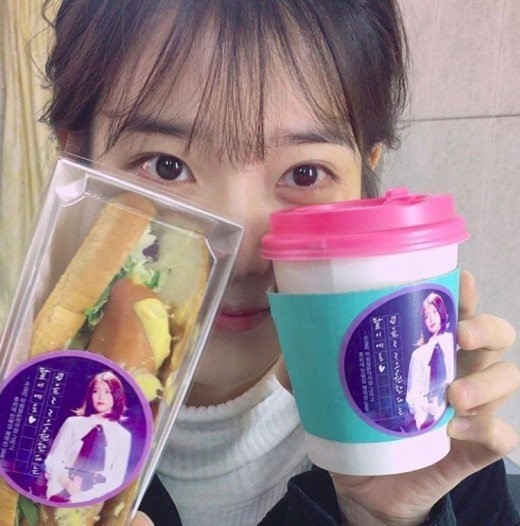 In the photos, IU is posing in front of the adorable coffee truck with the coffee and sandwiches they sent. In the banners, encouraging messages from Lee Hyori and Lee Sang-soon couple were written saying, "To our lovely IU who's also working hard at "My Mister". We will take responsibility and support our B&B's worker!" and "Dear IU, you can come back to rest any time after the drama!"

IU made a special connection with this celebrity couple last year when she appeared in the variety show "Hyori's Bed and Breakfast" as a part-time worker. The chemistry made between the K-pop queen of 2000s era, Lee Hyori and the 2010s era, IU was one of the greatest news last year and the fans were a bit sad when IU could not make it to season 2 this year due to her schedule conflicts. However, Lee Hyori and Lee Sang-soon along with "Hyori's Bed and Breakfast" team sent this wonderful gift to IU in the gesture of their love and support, and fans were delighted to see their relationship still strong.

While IU took a leave this season, Yoona and Park Bo-gum are filling the spot as "Hyori's Bed and Breakfast season 2"'s part time workers.

"[Lily's Take] Lee Hyori Sends Coffee Truck to 'IU' At "My Mister" Set"
by HanCinema is licensed under a Creative Commons Attribution-Share Alike 3.0 Unported License.
Based on a work from this source