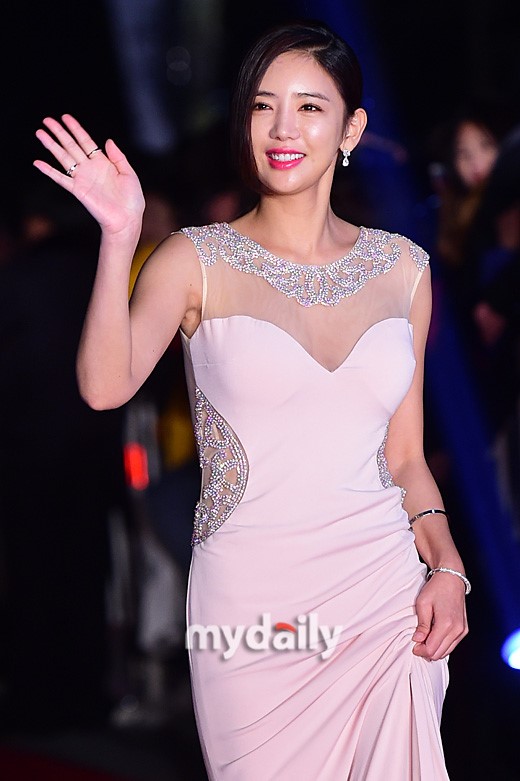 On March 19th, Lee Tae-im posted a black and white picture of herself on her official Instagram account with a short message insinuating her permanent leave from the entertainment business. Her message reads:

"This is Tae-im. I've been distant for a while.

I have decided to live an ordinary life from now on.

I will live on remembering all those who loved me. Thank you". 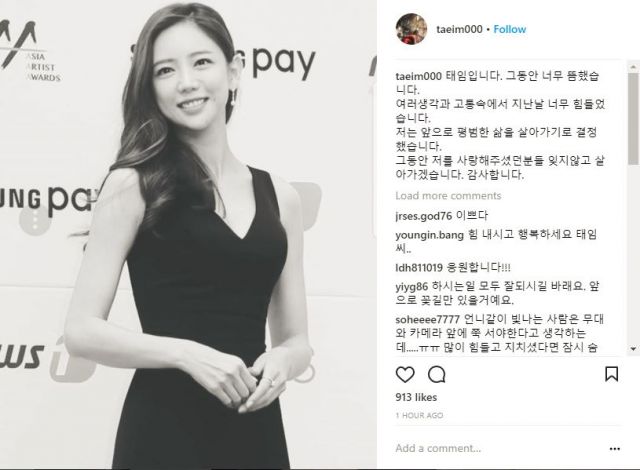 Since the last post on her Instagram account in October 2017, her announcement seems sudden. However, many fans understood her reasoning behind this decision as she has been facing many negative and hurtful comments on her career. From the countless insults regarding her plastic surgery to numerous accusations of seducing the authorities of showbiz to get her roles, she became one of the most hated actress by the netizens since her debut in 2007.

Her reputation fell to the very bottom in 2015, when she got into a dispute with a junior actress and a singer Kim Yewon, as a partial recording of Lee Tae-im using verbal violence towards Kim Yewon was released online. This incident soon became viral. Lee Tae-im objected to the accusation and defended that Kim Yewon was also at fault, but the media and netizens still viewed her unfavorably. About a month later, complete footage of this incident was released and it was revealed that Kim Yewon provoked Lee Tae-im first and that she lied in her earlier statement as she accused Lee Tae-im being violent out of nowhere. This was a major witch-hunt media powerplay, but Lee Tae-im has not received a proper apology nor recovered her reputation

Since this incident, she later expressed her trauma in an interview saying that even though she faced many vicious rumors since she debuted, this was the first time she felt deeply hurt and stressed by it, feeling choked to death by everyone

Lee Tae-im got back on her feet after the accusation being cleared as she appeared in the drama "You Will Love Me". However, she took a long break after the drama, focusing on herself and healing her traumas. In 2017, she finally made a great comeback with the drama "Woman of Dignity" and started to appear on few variety shows, but now with her recent announcement released today, she will be leaving the showbiz world for good.

Though it is sad to see her go, the fans are cheering the actress on a fresh start and new life after all the heartaches she's suffered in the difficult Korean entertainment industry. Much love to actress Lee Tae-im.