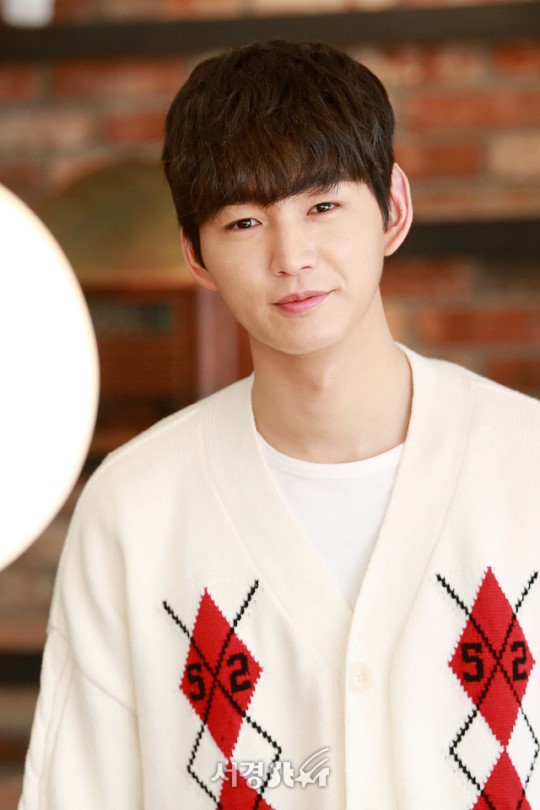 After the movie "Misbehavior", Lee Won-geun's name spread in the movie industry and now he is challenging himself to a historical movie as a King in "Fengshui".

Lee Won-geun is armed with a solid filmography that the's built since his debut in 2012, and it seems like he is the type of actor capable and confident in any roles given to him. However, Lee Won-geun expressed his nervousness in a short interview regarding his new role in the movie "Fengshui". He shared, "I'm grateful to play the role of King Heonjong, but I also feel that there are some big shoes to fill. I asked myself, "Can I really do this?" I was concerned for it. Since I will be the King and historical shows already depend heavily on diction and tone, I had to be trained for a long time before filming".

If you think his reasonings for being nervous sounds too humble, it will make sense when you look at the rest of the cast members for this movie. All the veteran actors are lined up: Cho Seung-woo, Ji Sung, Kim Sung-kyun, Moon Chae-won, Yoo Jae-myung, and Baek Yoon-sik. Every one of them is famous for being trustworthy actors when it comes to their acting skills. It's no wonder that Lee Won-geun feels nervous to play the King. However, he also shared that working with director Park Hee-gon was very enjoyable. He shared, "I thought the director would be intimidating, but he is actually quite humorous. Filming was so much fun because of him. I learned so many things from filming this movie, from improving my diction to learning how to ride a horse".

As the interviewer asked him a question about what makes him stand out among all the young actors, he shared his thoughts saying, "I don't ever think like, "I'm the best!" in certain parts. Everyone have a different way of expressing something. Everyone has different energy about them. It is the director's choice to decide if he likes that energy. Some people may have similar appearance, like Leonardo DiCaprio and Dane DeHaan for example, but they have a different image unique to their own. Just like that, I think every actor has a different image and energy".

"[Lily's Take] Lee Won-geun Will Be King in Upcoming Movie "Fengshui""
by HanCinema is licensed under a Creative Commons Attribution-Share Alike 3.0 Unported License.
Based on a work from this source