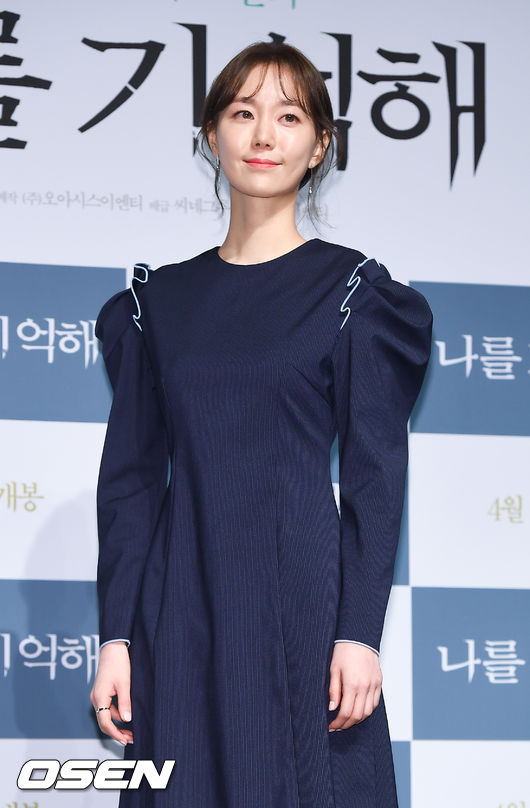 As Lee Yoo-young resumes her work, she appeared in public for the first time since she was seen at actor Kim Joo-hyuk's funeral.

On March 12th, a press conference was held for an upcoming movie "Marionette" which Lee Yoo-young is taking on a role of the main character. Since Kim Joo-hyuk's sudden death last year, his girlfriend Lee Yoo-young took a break from acting as she mourned for her lover. She is just now venturing back into the spotlight and to the industry. As the movie "Marionette" will be released in April, she is also considering her appearance in a short two-episode drama for MBC.

At the press conference, Lee Yoo-young shared many stories behind filming the movie including the scenes where they had to retake numerous times because of NGs and how exhausting it was to film the action scenes.

Many interviewers were asking different questions about the movie and one of them proceeded and asked Lee Yoo-young how she is holding up after Kim Joo-hyuk's passing. At this question, Lee Yoo-young could not answer immediately, but after few moment, she answered:

"[Kim Joo-hyuk is] always someone I miss, and someone who cheers for me with such warmth. I think even now, he wants to see me doing well somewhere. I am trying to focus on my career while holding onto that support he gave me".