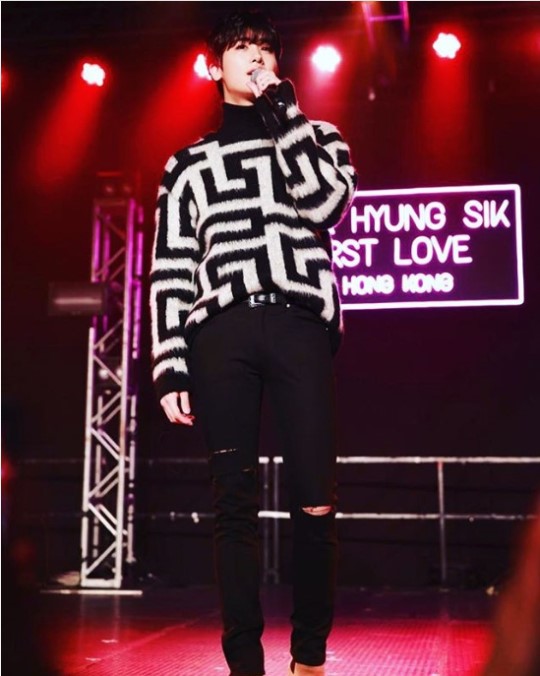 Actor Park Hyung-sik expressed his gratitude for his fan meeting in Hong Kong for both domestic and international fans.

On February 2nd, Park Hyung-sik held a fan meeting titled "FIRST LOVE in HK". Surrounded by the fans who love him, he prepared and spent a day full of many interactive activities such as Q & A and singing songs from the OST of his latest drama, "Strong Woman Do Bong-soon".

On 20th, Park Hyung-sik uploaded a post on his official Instagram account regarding this event. He thanked the fans who've attended the event saying, "I was so happy and grateful for the fan meeting we had. From Korean fans to all the international fans, we may not speak the same language, but understood each other from just looking into each other's eyes. I felt everyone's hearts. I will be greeting you again soon in another show. Thank you".

Park Hyung-sik will be starring in the upcoming drama "Suits", which is scheduled to air sometime this year.

"[Lily's Take] Park Hyung-sik Thanks Fans for Attending Hong Kong Fan Meeting"
by HanCinema is licensed under a Creative Commons Attribution-Share Alike 3.0 Unported License.
Based on a work from this source