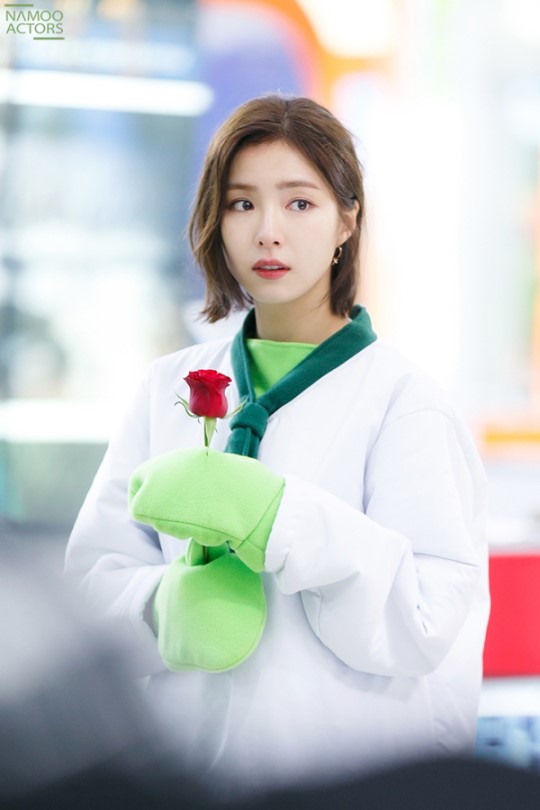 In the 9th episode of "Black Knight" aired on January 3rd, Jeong Hae-ra (played by Shin Se-kyung) was sent to the Travel Exhibition as a mascot dancer. In this unlikely event, actress Shin Se-kyung showed an unexpected side of her. In the script, the described direction for her was to "dance awkwardly in the mascot suit", but once the music started playing, she could not hold her enthusiasm back. Dancing to girl group S.E.S's 90s hit, "I'm Your Girl", Shin Se-kyung broke out some cool dance moves, surprising everyone around her.

Her unexpected charm earned the extras' applause and since her dance moves were too good, the director had to put NG to the scene. Soon after, she toned down her dance moves and danced like an awkward Jeong Hae-ra.

At first glance, Shin Se-kyung seems so graceful and sophisticated; you wouldn't expect her to be so casual. But finding her goofy, friendly side makes us love this adorable actress even more! Watch the video below for the NG scene.

"[Lily's Take] Shin Se-kyung's Behind-the-scenes Dance Moves"
by HanCinema is licensed under a Creative Commons Attribution-Share Alike 3.0 Unported License.
Based on a work from this source