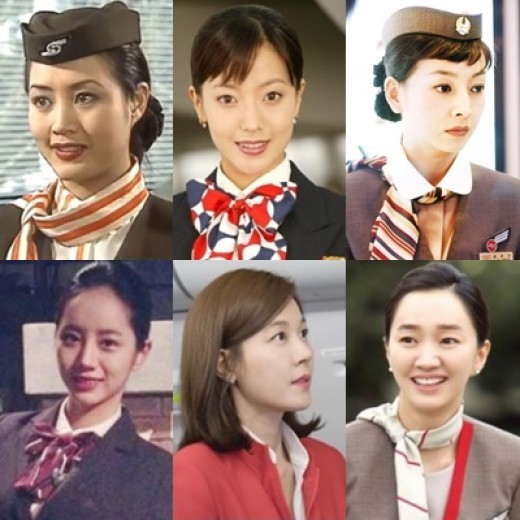 Flight attendants are the flowers of the sky, they look so beautiful and confident as they take pride in their professionalism as well as carrying a huge responsibility of overseeing everyone's safety during the flight. This has been my dream job since I, Lily Lee, was a little girl. That is why I felt a slight jealousy and a huge admiration at the same time whenever I watched the actresses in K-drama playing flight attendants. There have been many different actresses who played the role and today, we are going to take a peek at which actress looks best in a flight attendant uniform! 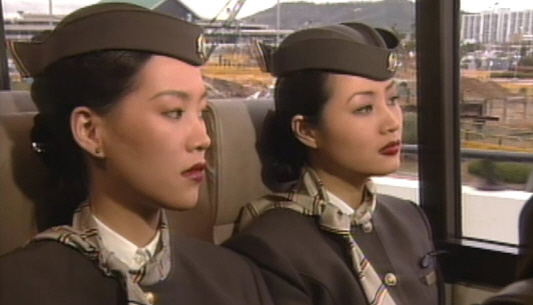 (Kim Hye-soo on the right)

Kim Hye-soo, the everlasting glamour goddess of Korea was once a flight attendant in the 90's drama "Jjak". This morning-time drama aired back in 1994 to 1998 on MBC and was loved throughout its 163 episodes. Out of all the cast members, actress Kim Hye-soo, who played the role of Cha Hae-soon, the youngest of the three sisters, was especially loved by the viewers for her beauty and being a career woman full of conviction. Kim Hye-soo's flight attendant character became such a big trend at the time in both beauty industry for her makeup looks and in the job market for the young women aspiring to be flight attendants. This character granted Kim Hye-soo her Grand Award in 1996 MBC Drama Awards. 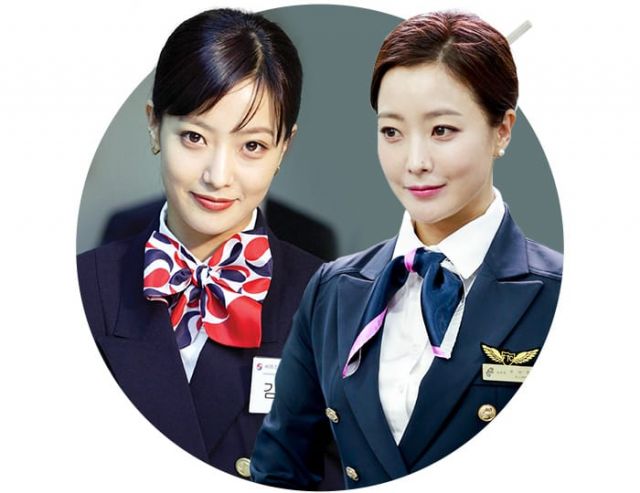 In 2003, the teenage heartthrob Kim Hee-sun starred in the drama "My Fair Lady", where she played a flight attendant. Her lovely vibe instantly gave a pleasing smile on every viewers' face every time she appeared on the screen. Her up-do with the fringe hairstyle became a huge trend among all the flight attendants in real life and many of them were seen with Kim Hee-sun's hairstyle shortly after the drama aired. Last year, Kim Hee-sun played another flight attendant character in "Woman of Dignity", though her character took an early retirement due to marriage. 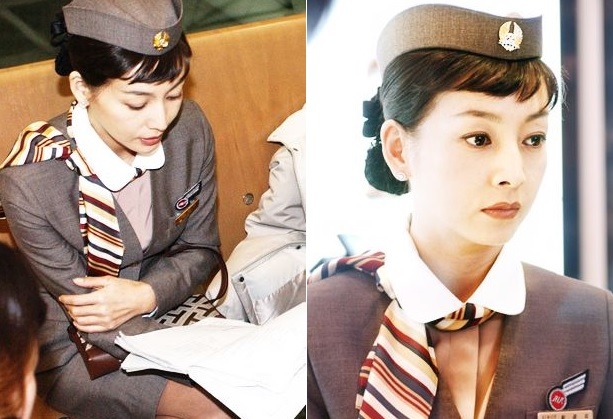 In the drama "Match Made in Heaven" aired in 2004, actress Hwang Shin-hye became a flight attendant. This romantic comedy was loved by the viewers for Hwang Shin-hye and Ahn Jae-wook's cute love story and Hwang Shin-hye's doll-like beauty impressed many people. 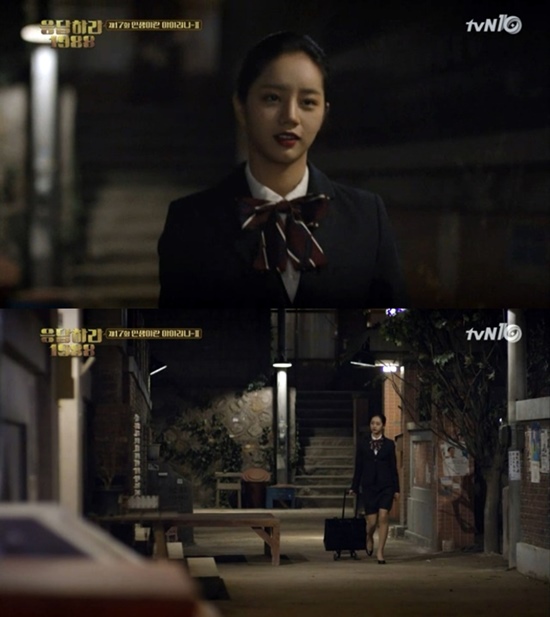 Many of you may remember Hyeri's character, Seong Deok-seon as the pure-hearted, hilarious, and kind high-school girl in "Answer Me 1988". However, towards the ending of the show, as the time shifts from 1988 to 1994, Hyeri appears as a beautiful flight attendant. Though her adult scenes are not a big part of the show, from being the energetic teenage girl to the professional career woman, her transition in the show was quite surprising. What's more interesting is the fact that Hyeri's biological younger sister is an actual flight attendant! Perhaps she got a little tip from her sister to perfect the role. 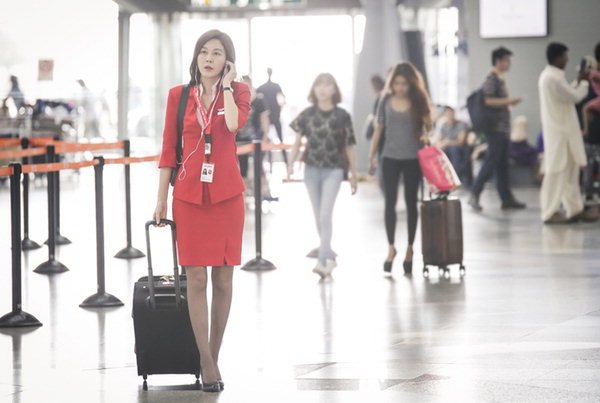 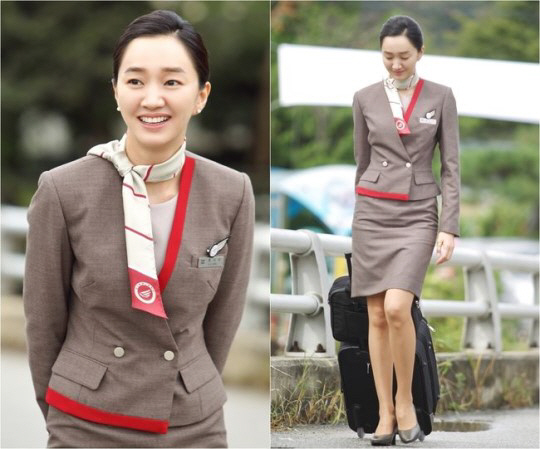 Actress Soo Ae is known for her graceful and elegant beauty and in 2016, she took on a role most fitting to her image as she played a flight attendant in the drama "The Man In My House". In fact, she is described as one of the most beautiful and most successful flight attendants of the company. Soo Ae is most famous for being the best dressed actress of the red carpet and looking her best in beautiful dresses, as she has the nickname of 'Dress-oo Ae (Dress + Soo Ae)'. However, after "The Man In My House", the netizens agreed that she looks good in not just the red carpet dresses, but anything she wears, since she looked so amazing in that flight attendant's uniform. 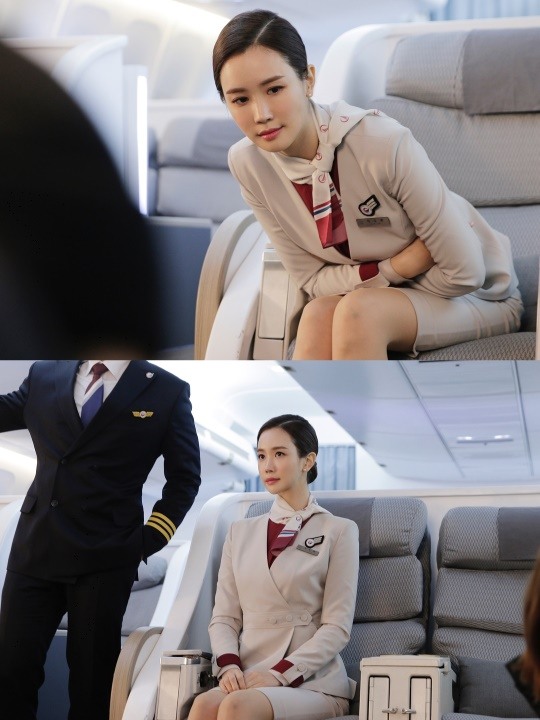 Now, we haven't seen much from our most recent flight attendant Lee Da-hae. Since "The Good Witch" has just started, I'm going to save my words for when the show ends. Though, I must say that she is also looking gorgeous and confident in that flight attendant uniform. Lee Da-hae is playing two different people the drama "The Good Witch" and I believe she will be bringing in some great viewer ratings and fans from what I've seen so far!

I'm very torn between Soo Ae in "The Man In My House" and Kim Ha-neul in "Road to the Airport" because Soo Ae was the definition of standard Korean flight attendant beauty, whereas Kim Ha-neul was radiant in her eye-catching bright red uniform. It was a hard decision for sure, but I think I'm going to vote Soo Ae for being the best actress in the flight attendant uniform!

Who do you think wore it the best? Please leave us your opinion in a comment and share why you chose who you did! Also, if there are any other actress you can think of who are not on the list, please feel free to share and enlighten us!

"[Lily's Take] The Flight Attendant Uniform - Which Actress Wore It Best?"
by HanCinema is licensed under a Creative Commons Attribution-Share Alike 3.0 Unported License.