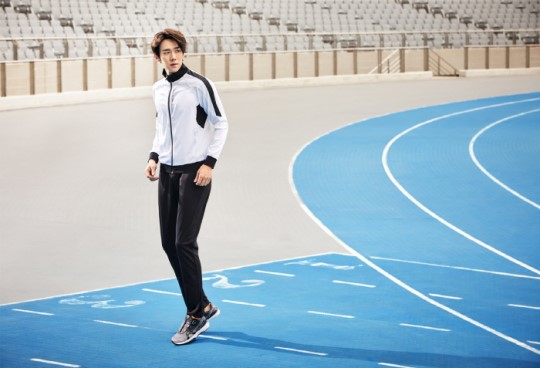 Actor Yoo Yeon-seok was selected as the main model for the sportswear brand Lecaf in 2018.

In the photos revealed by the company, Yoo Yeon-seok is modeling the white and black look from Lecaf's newest line. As he is known as the "shoulder delinquent", his broad shoulders radiate masculinity. As he poses around the track field and stadium, his body is naturally active and his eyes are tense with energy. 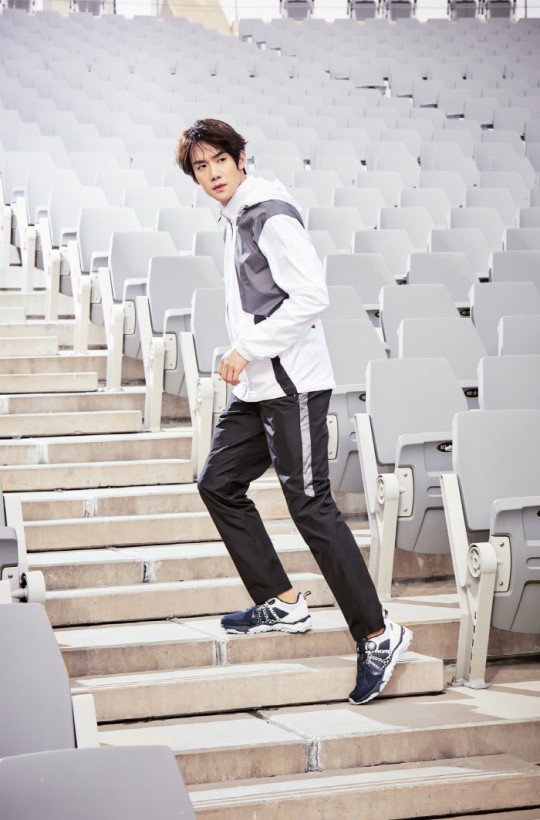 Along with the comment, they also added that Yoo Yeon-seok's unceasing adventure in various movies, dramas, musicals, and as a photographer was suiting to the brand's desired image.

The netizens commented on the photos saying that Yoo Yeon-seok matches so well with athletic looks and some were reminded of his role of the genius baseball player in drama "Answer Me 1994".

"[Lily's Take] Yoo Yeon-seok's Hunky Sporty Look"
by HanCinema is licensed under a Creative Commons Attribution-Share Alike 3.0 Unported License.
Based on a work from this source