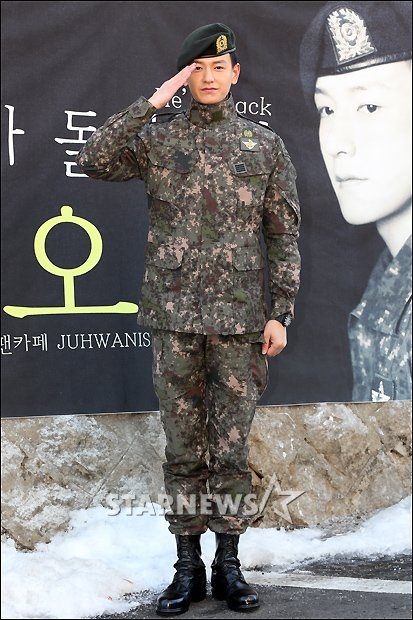 Im returned to fans on the 16th from the Yongsan National Defense Agency in Seoul.

Despite his heart illnesses, Im admitted to the army in May two years ago and was also admitted to the military hospital during his service time while training. He was chosen as a star soldier in February, 2012 and served his duties in the National Defense Publications Agency.

He said, "The girl group 4 Minute did me a lot of good. Jeong Ji-hoon ("Rai"n) wear his helmet even when he is sleeping" and more.

Lim Ju-hwan said, "I have been waiting for the day I start acting again".

Lim Ju-hwan is popular for his movies, "A Millionaire's First Love", "A Frozen Flower", "Suicide Forecast" and more.

"Lim Ju-hwan completes National Service"
by HanCinema is licensed under a Creative Commons Attribution-Share Alike 3.0 Unported License.
Based on a work from this source