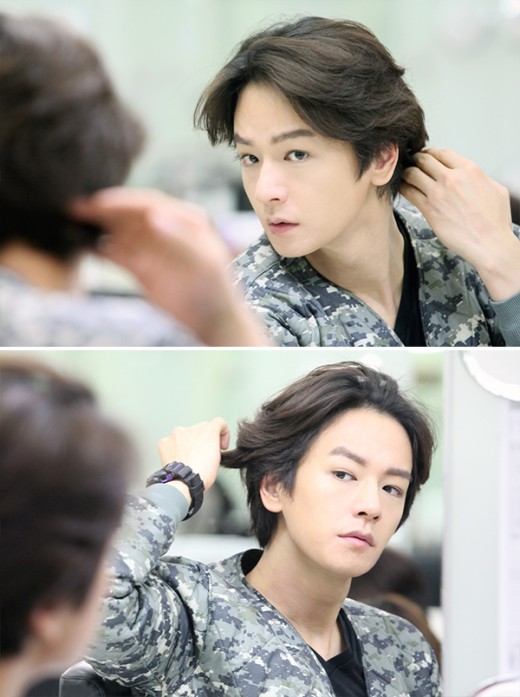 On March 14th, the production team of MBC's 'Shine or Go Crazy' revealed the handsome prince, Lim Ju-hwan's behind the scene still from the backstage.

In the photo, Lim Ju-hwan is just looking into the dressing room mirror while he looks deeply attractive as if he was taking a pictorial shoot.

Lim Ju-hwan has been showing sturdy acting performances in the strong rivalry with Wang So (Jang Hyuk) to win Sinyul (Oh Yeon-seo)'s heart.

As the love relationship between the characters is getting entangled towards the second half of the drama, whether or not Lim Ju-hwan will bring up any unexpected twist to the drama is drawing attention.