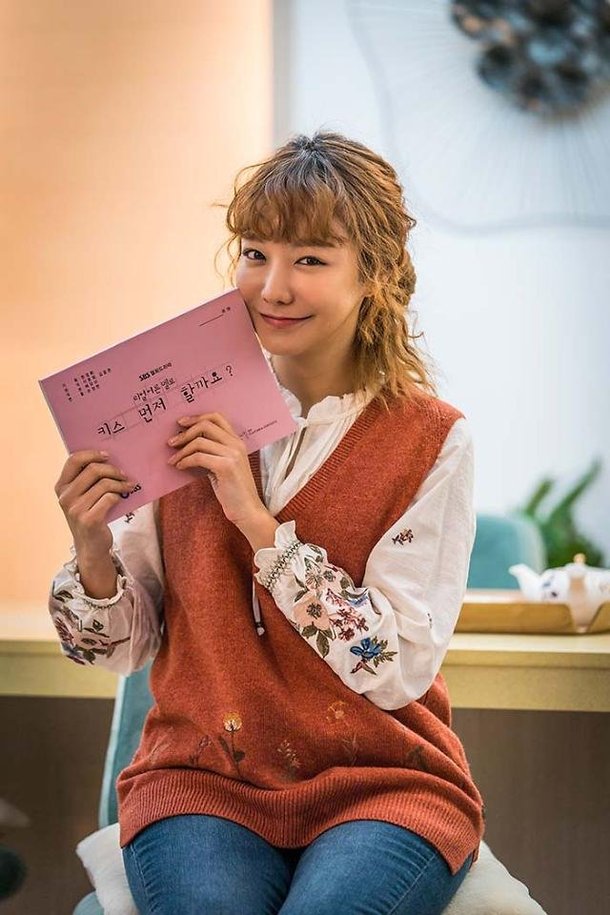 Recently scene on "Black Knight" as a dark character, lively actress Shin So-yul takes on the role of Kim Sun-ah's sister, Ahn Hee-jin, in SBS's next drama "Shall We Kiss First", which begins on February 20. Directed by Son Jeong-hyeon and written by Bae Yoo-mi, "Shall We Kiss First" stars Kam Woo-sung and Kim Sun-ah as a middle-aged man and a middle-aged woman who think that they're done with romance despite the fact that the man is afraid to die alone and the woman is afraid to live alone. Sounds like they're headed for a bit of romance to me!

Shin So-yul's character, Ahn Hee-jin, is a former plastic surgery nurse with a clear, cheerful personality who is concerned about her innocence. I assume that means romantic innocence, especially since the drama released that the character will be the most realistic in the drama. She's probably worrying about her worth as a romantic partner as many K-drama women tend to do.

"[Lisa's Drama Bite] Shin So-yul Transforms Into New Character for "Shall We Kiss First""
by HanCinema is licensed under a Creative Commons Attribution-Share Alike 3.0 Unported License.
Based on a work from this source