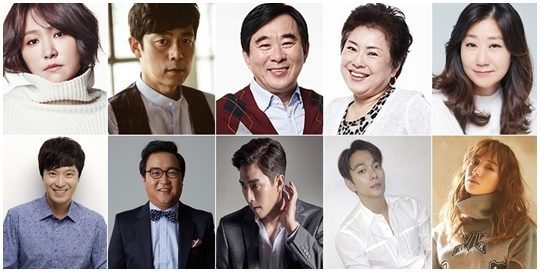 tvN drama "Rude Miss Young-ae" is coming back with Season 17 on the 8th of February.

"Rude Miss Young-ae" began in 2007 and has become one of the longest broadcasted dramas in Korea.

In Season 17, Young-ae (Kim Hyun-sook) has become a mother. She comes back as a mother, a wife, and a working woman in the second stage of her life.

Kim Hyun-sook and Lee Seung-joon are going to put on a realistic portrayal of child-care while Song Min-hyung, Kim Jung-hak, Ko Se-won, and Jung Da-hye join the drama as Young-ae's family.

Jung Bo-suk is the new owner of Nakwonsa. Park Soo-ah is the new accountant who comes with an amazing secret. Yeon Je-hyung is Kyu-han's assistant.

"Loads of Talent Joins "Rude Miss Young-ae Season 17" "
by HanCinema is licensed under a Creative Commons Attribution-Share Alike 3.0 Unported License.
Based on a work from this source