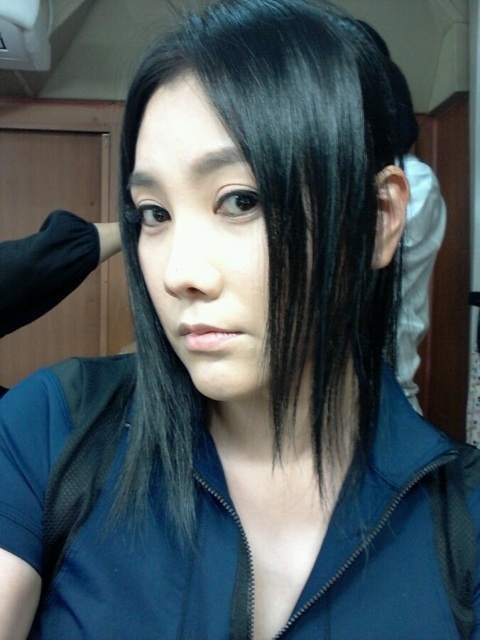 She is starring in the KBS 1TV drama "The Great King's Dream" as a female warrior who stands against Kim Chun-chu (Choi Soo-jong). She's appeared in sitcoms or dramas for short periods of times but it's a first for her to STAR in an actual drama. It's been 6 years since she started learning action for the sake of her health and started dreaming of acting.

She's been learning to horseback since June and learning the sword regularly. It's thanks to her high quality techniques in action that earned her the part of a warrior.

""Long legged singer" Kim Hyun-jeong-I learns the sword?"
by HanCinema is licensed under a Creative Commons Attribution-Share Alike 3.0 Unported License.
Based on a work from this source