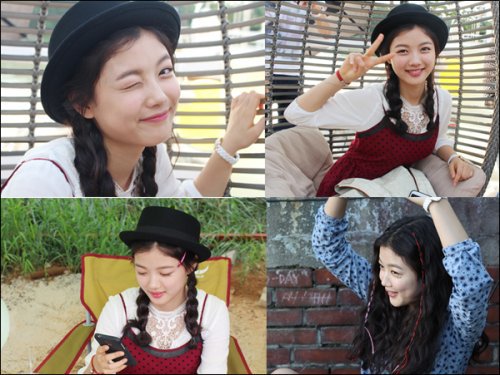 Jaspero, the watch brand in charge of the making of web-drama "Love Cells" released some pictures of the fifth episode.

Kim Yoo-jung is posing for the camera.

She is winking at the camera or posing with a 'V'.

A source from the filming set said, "She doesn't show that she is tired and is the atmosphere maker for everyone".

"Love Cells" is a fifteen part drama that can be seen on weekdays at 12AM on Naver TV Cast.

""Love Cells" Kim Yoo-jung behind the scenes"
by HanCinema is licensed under a Creative Commons Attribution-Share Alike 3.0 Unported License.
Based on a work from this source