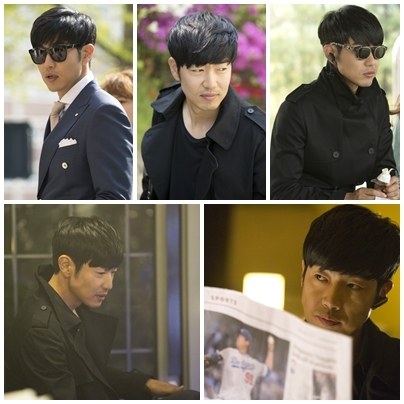 He is displaying a classic look with a trench coat and gentle suits with matching sunglasses. Known for his fancy styling in his previous work "A Gentleman's Dignity", Lee Jong-hyuk will once again be the cause of issue with his natural looking chic styling and charisma.

Lee Jong-hyuk is going to look like the leader of the agency that he is and cause an issue. He takes on the role of Seo Byeong-hoon, the director of the agency and genius producer of love relationships.

He is the one who commands the link between his clients and their targets. However, his real personality is one who is most realistic and cold, not caring about the opponent's feelings. This is a completely different character from the one in "A Gentleman's Dignity".

"Love Manipulation: Cyrano" is a relationship agency that coaches people who are not good at it and will be released on the 27th of this month.

""Love Manipulation: Cyrano" Lee Jong-hyuk becomes a macho man"
by HanCinema is licensed under a Creative Commons Attribution-Share Alike 3.0 Unported License.
Based on a work from this source