"Love Never Fails", too extreme? This is reality 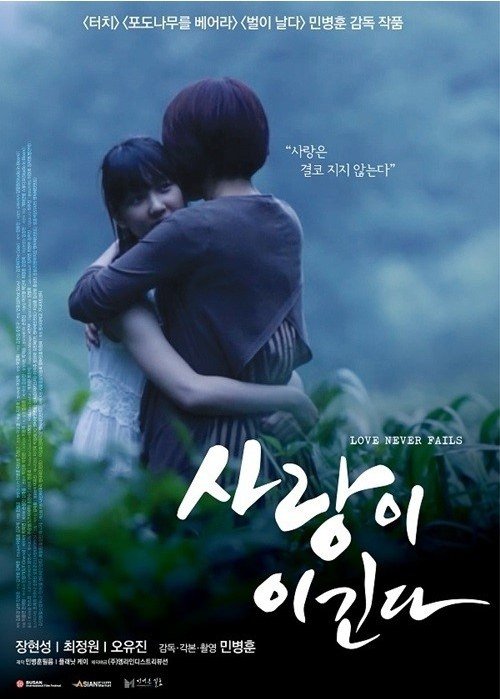 Movie "Love Never Fails" shows what the movie is about from the title itself. However, it doesn't only show that love wins, but it shows the agonizing process of a family that gets to that conclusion.

"Love Never Fails" is about Soo-ah (Oh Yu-jin), a student who is under the pressure of her family and having to go to a prestigious school. This movie was shown to the public for the first time at the Panorama section of the Busan International Film Festival from 3rd to the 5th of October.

Eun-ah (Choi Jeong-won-I) is a mother who turns to extreme measures to bring up her daughter's grades. Sang-hyeon (Jang Hyun-sung) is a father who isolates himself from his family and tries to solve his problem on his own. This family shows how families in this generation are so inhumane.

Eun-ah and Sang-hyeon's characters are the extreme version of modern society parents. Despite the fact that their daughter came in 3rd out of the whole school, all they can say is, "Is that all? Aren't you ashamed?", without a hint of appraisal. Mother Eun-ah doesn't allow her daughter any rest time and she reflects the mothers of today who bully their children with the passion of education. Sang-hyeon, who sexually assaulted someone, tries to earn his wife's trust once again, which is exactly what fathers in this generation look like: isolated from their family.

According director Min Byeong-hoon, "the movie is based on a true story. If one was to watch this unrealistic movie and learn about the truth, the extremity will come as double shock".

The colors of the screen give off the feeling of humidity. In the middle of the movie, surreal images like an animal, a tree or grass appears to reflect on the mentality of the characters. This symbolic and mysterious mise en scene brings out the poetic directing abilities of the director and adds interest to the movie.

The past and the present, reality and fantasy intersecting scenes allows one to watch the movie with tension all throughout. Soo-ah's rigid manner of speaking her lines might come off offensive, but not enough to interrupt the viewing.

Choi Jeong-won-I's first attempt in a film was surprisingly outstanding. She was controlled and natural. It was like she was made for film and not the stage. Jang Hyun-sung also did a great job as he was able to portray the character of Sang-hyeon who obsessed with the smallest things and made the audience laugh here and there. Oh Yu-jin's fresh mask and detailed acting puts the audience in deep concentration.

""Love Never Fails", too extreme? This is reality"
by HanCinema is licensed under a Creative Commons Attribution-Share Alike 3.0 Unported License.
Based on a work from this source