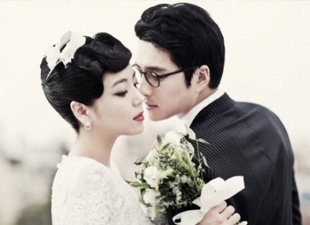 LPG's Lee Se-mi will be tying the knot with the musical actor Min Woo-hyuk this coming November!

According to statement's from each of the entertainers' respective agencies on September 17th, the two will get married on November 11th at 11:30 AM at the Convention Diamant Grand Ballroom located in Samsung-dong of Seoul. MC Kim Je-dong will be officiating the wedding ceremony, with congratulatory music performances by close friends The One, Go Yoo-jin, and 8eight.

Lee Se-mi and Min met through mutual friends which led to them dating last year. The happy couple have already taken their wedding photos this past July, and are planning for their honeymoon in Hawaii.

Lee Se-mi first debuted through the drama "Tomorrow", and later became a member of LPG in 2009. Min debuted as a member of the group 4cos in 2007, before taking a part in the musical "March of the Youth". The's also currently acting in the drama "The Thousandth Man".

"LPG's Lee Se-mi To Marry Musical Actor Min Woo-hyuk"
by HanCinema is licensed under a Creative Commons Attribution-Share Alike 3.0 Unported License.
Based on a work from this source