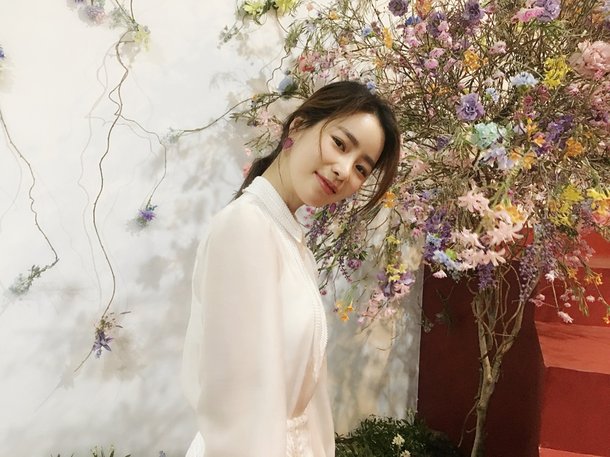 The movie "Luck.Key" will be broadcast on OCN on the 25th at 13:30 KST, bringing news of Lim Ji-yeon to the forefront.

Lim Ji-yeon posted a picture on her SNS saying, "Pretending to be a flower", in which she is gazing at the camera with her head cocked to the side and a smile on her face.

A cold killer named Hyung-wook (Yoo Hae-jin) slips and falls on a bar of soap and loses his memory. A nameless actor named Jae-sung (Lee Joon) who decides to kill himself meets Hyung-wook and swaps places with him.

""Luck.Key" Lim Ji-yeon Poses With Flowers"
by HanCinema is licensed under a Creative Commons Attribution-Share Alike 3.0 Unported License.
Based on a work from this source