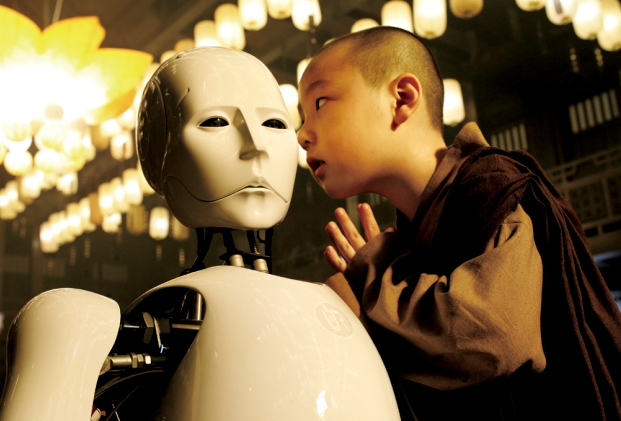 Budgeted at US$5m, "Doomsday Book" is made up of three short stories. One is about a robot attaining enlightenment, the second is about a zombie invasion and the third about an apocalyptic meteor crashing to Earth.
Director Kim Jee-woon, whose films include "I Saw the Devil", "A Tale of Two Sisters" and "The Good, the Bad, the Weird", is reported to have started working on the film four years ago, but it was put on hold when financing fell through. He started shooting again last year with new investment from Timestory.
Co-director Yim Pil-sung's credits include the horror film "Hansel and Gretel" and drama "Antarctic Journal".
The film features a top-line cast including Park Hae-il ("Arrow, The Ultimate Weapon"), Kim Kang-woo ("Hello Schoolgirl") and Song Sae-byeok ("Sector 7").
"Doomsday Book" is produced by Zio Entertainment and currently in post-production. A tentative domestic release date is set for March.
M-Line Distribution is also selling director Lee Kwang-kuk's recent Rotterdam Tiger competiton film "Romance Joe" and thehistorical mystery melodrama "Gabi", directed by Jang Yoon-hyeon. The film is about a Joseon Dynasty ruler being poisoned by his enemies through his addiction to coffee.