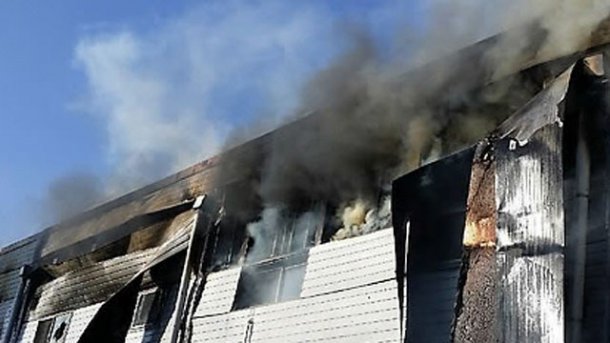 A drama set in Yeon-cheon burned down which resulted in the death of one staff member.

The set burned down on the 13th. The wooden sandwich-panels spread fire in no time and a member of staff didn't make it out on time.

Luckily, there was no filming going on during the fire and the cast and staff were eating lunch outside.

However, a female staff was on the second floor and was found dead.

JTBC said, "The scheduled episode of "Maids" has been postponed. There's going to be a re-run instead".

""Maids" drama set burns down, one staff member dies"
by HanCinema is licensed under a Creative Commons Attribution-Share Alike 3.0 Unported License.
Based on a work from this source